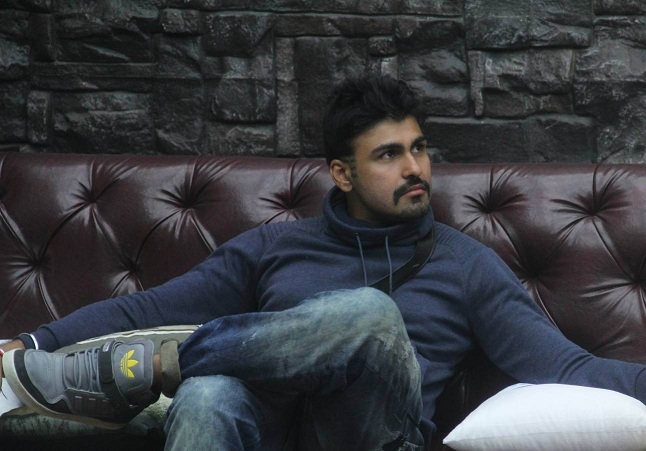 The actual game of Bigg Boss 8 on Colors has begun with the Hijack task and finally the result is out. Deepshikha's team has won the 'Hijack' task and has entered  in the lavish house whereas Pritam Singh's team is still living in the aircraft.

Soon after contestant settle down in the house, Bigg Boss will call Arya Babbar in the confession room for some random chat. As he is the first contestant called by the Bigg Boss, other contestant will have a doubt that he has been called for some secret task.

So when Arya will come out of the confession room, all other contestants will be curious to know what exactly Bigg Boss has told Arya. Even after telling the truth, Arya will questioned by housemates. It will be seen that Karishma Tanna will say to Arya that they are not fools to believe him.

Will housemates believe Arya? Is he assigned any secret task?

MainHeroineHoon 6 years ago Yes Karishma you are a fool, making fool of urself! Best of luck Arya Babbar

missfitkaur 6 years ago Arya Babbar seems playing a good and healthy game.
Look at Karishma Tanna .Oh God that lady is seriously sick.We all know Gautam commit mistake by abusing her but he apologised for his behaviour and moreover he call her as his sister.That Drama Queen's dialogue" aap mere pett me shurra mar ke sorry nahi bol sakte" ..what the hell !!
I dont know why she is over reacting.i think she had watched that last season very carefully and trying to copy Gauhar khan but she's unaware that she's now annoying the viewers.And the man who's calling her his daughter.I mean game is game.Really feeling bad for Pritam's team specially for Suku,Soni and Natasha.After so much torture they got nothing in turn.Seems like a biased game.Bad decision by Bigboss.At the end Sukirti kandpal rocks !!

Amy07 6 years ago Aarya Babbar looking cool, wishing him all the luck...

BeingBlunt 6 years ago Oh Wow. I love secret tasks. They are super awesome.

ronshaan 6 years ago very handsome actor, arya babbar, wish u all the best in this show, may it bring success into your life, nice article

Pirated_Fun 9 years ago Being practical no matter how good the movie"Blood money" will be people will see first a IMRAN-KAREENA starer ..so it was better to reschedule the film ...About Raaz3 .I am definitely going to watch that , as horror is my favorite genre .