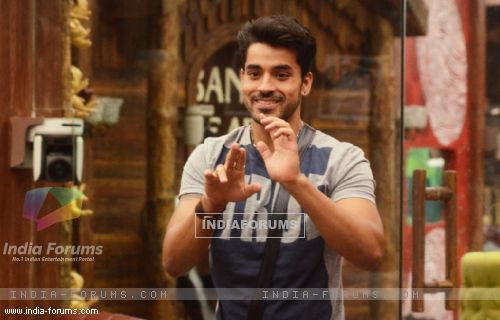 Though the tasks given by the Bigg Boss in Colors' popular reality show Bigg Boss 8 not only makes way for some fights and controversies, but sometime it also resolves their differences among the contestants.

Further, we will get to see Gautam joining hands with Upen after Diandra's confession in the upcoming task.

We heard from our source that, "Soon the contestants would be given a new task 'Gharwale Jaanna Chahte Hain' which will be moderated by Gautam. Gautam will be having the power to ask the contestants anything and they will have to answer that to Gautam. Taking an advantage of this task, Gautam will ask Diandra to reveal to all the inmates about their conversation they had when Puneet first entered the Bigg Boss house after spending a few days as a secret society member."

"Diandra reveals that she warned Gautam to stay away from Upen and Puneet because she felt that they were plotting against everyone. This shocked Upen as he considered Diandra as his friend. After Diandra's confession, Gautam said that upon hearing her words he broke down and then he furiously asked Diandra to back off. Upen was touched to know this and he hugged Gautam eventually sorting out their differences with each other," added our source.

Only time will be consequences of their friendship!

ish123 6 years ago Gautam gulati you are the super star of this season. Lots of love.. keep rocking

kaur.preet 6 years ago aww gautam gulati.. you are such a sweetheart