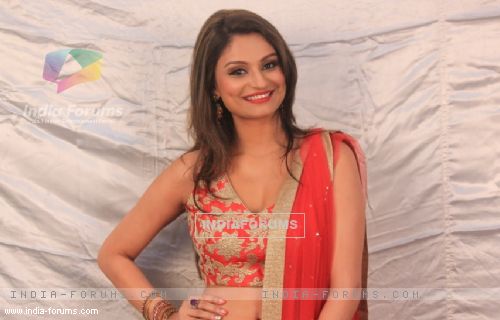 The weekend is here and its time for the contestants to interact with captain Salman Khan and opening up with him about the issues happened in the house and on their personal fronts as well in Colors' popular reality show Bigg Boss 8.

We came to know that, wild card entrant Dimpy is going to reveal the secret behind her name to Salman while interacting with her. As per the secret of her name, her name is not Dimpy but something else which was later changed to Dimpy.

We heard that, "While interacting with Salman on Weekend Ka War, Dimply revealed about the secret behind her name. She revealed that, her real name is not Dimpy but its Shomasri Ganguly but later it was changed to Dimpy by her father. Her father changed her name to Dimpy when she was a kid because he thought that it's a complicated name and difficult to pronounce. Dimpy also shared that she was very fond of her name as her grandfather had kept that name."

Quite an interesting fact!

3 years ago It is very nice movie and in this movie Ranveer Singh and Anushka Sharma's performance is outstanding and the story of the movie is very good.

6 years ago I knew this. Her original name is a typical bengali name difficult for others to pronounce.

6 years ago Shomasri sounds much better than dimpy.
Yes, its difficult to pronouns but its really good name.

8 years ago Its a two and half for me. It is a serious let down after band baaja baarat. Rightly, i should'nt compare the movie with Band baaja. But i cant help it. I loved Dipannita sharma. She did a fab job. Ranveer still remains one of my favourite. Looking forward to his next releases.

sastatoday 9 years ago boring movie dumb performances by all the lead characters.

+ 4
9 years ago movie was definetly worth watching. Ranveer definetly being the most classy chor yet (;
songs were amazing aswell.