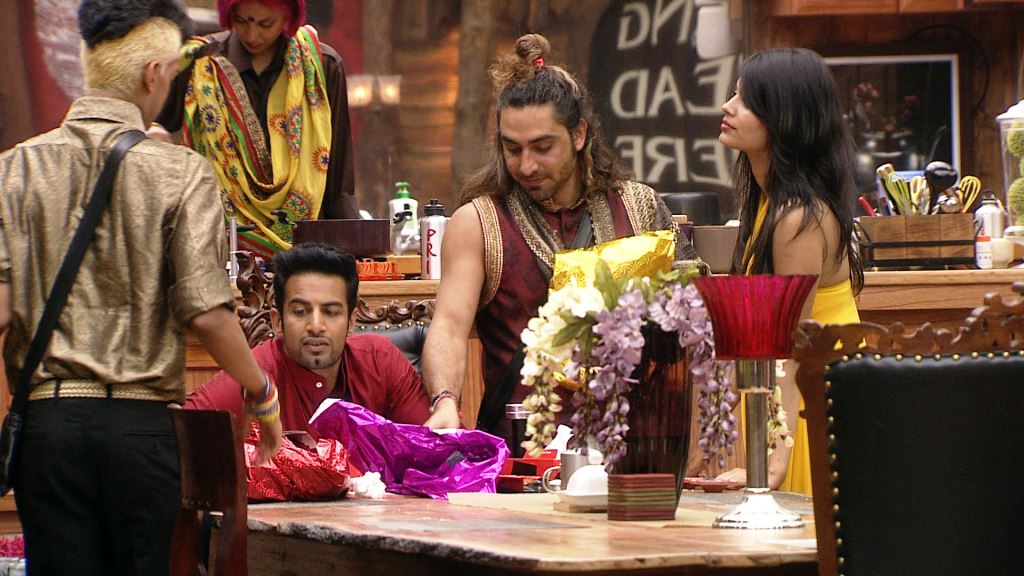 The festival of lights Diwali is here that all of us celebrating it with full enthusiasm. Though the contestants of the Colors' popular reality show Bigg Boss 8 are missing their loved ones the most in this festival, they got emotional after getting festive surprises by Big Boss.

We heard that, "The contestants of the house became emotional after receiving Diwali from their family which also included hand written letters. Sushant Divgikar, Gautam Gulati & Puneet Issar were seen getting emotional after reading the letters from their family members. While Minissha Lamba got a Ganesh idol and letters from her loved ones, Arya Babbar got a soft toy with a mug having his family picture on it, they were seen opening their gifts together. Sushant received colorful diyas from his Mom to distribute among the inmates on Diwali."

Further we also heard that, "Praneet received a family photo frame and a mug from his girlfriend Kanchan and Sonali Raut got a silver coin as a blessing from her family along with a letter. The inmates were overwhelmed to receive such precious gifts on Diwali and they thanked Big Boss for the sweet gesture."

A beautiful moment for the contestants indeed!

ILoveDrama 9 years ago I wish both Prakash Raj and Sonu Sood to be in Dabangg 2, as they both are really good for negative characters...well who ever is in the movie hope it adds another feather under Salman's Hat...