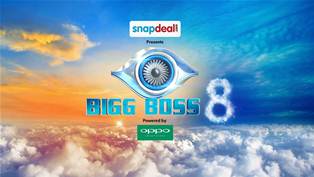 After Sukirti Kandpal has been eliminated from the Bigg Boss house in Colors' popular reality show Bigg Boss 8, another week has started and new nominations are on the way following new controversies.

We have heard from our source that, "In tonight's episode, we will get see Arya Babbar as a nominated contestant of this week which leaves Arya shocked. In a conversation with Praneet Bhatt, Praneet tells Arya that he is the weakest amongst all the nominated contestants and he has the highest chances of going out. Praneet also tells Arya about the reason of him getting nominated. He tells Aarya that he has been spending too much time in the bedroom and don't mix up with him, Puneet Issar, Pritam Singh and others."

"On the other hand, Upen Patel tell Arya to shave off his beard if he will be safe this week," adds our source.

Now, it would be quite interesting for the viewers to watch if Praneet's opinion about Arya's nomination comes out as right or whether Arya stays safe this week and accepts follow Upen's words.

similove 6 years ago Sukirti Kandpal u r so adorable

luvsimi 6 years ago Hina Khan, you are a very good person at heart love you a lot..good night.

coolfish68 6 years ago Sukirti Kandpal .Good luck & bless shine on you always..Keep shining..good night & have a peaceful sleep...love you lot my jaan