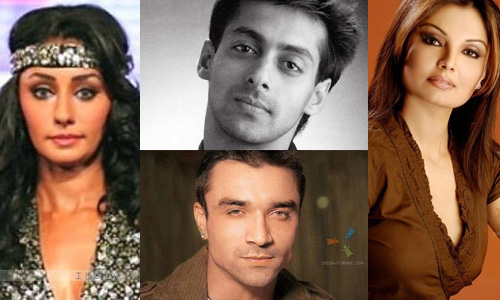 It's Bollywood superstar Salman Khan's birthday and so millions of his fans are giving him their best wishes for his better years ahead. Salman is no more only a Bollywood face but has also become the face of Television as he is hosting Bigg Boss from last 5 seasons.

He has his fans not just outside the entertainment industry but also have fans within the industry. So, to gather wishes for our heartthrob, Salman Khan, we got in touch with few Bigg Boss ex-contestants.

Ajaz Khan seen in Bigg Boss Saath 7
I wish Salman Bhai to live long 100 years. He is a great guy and I would want him to never forget me. I am waiting to do a film with him (smiles). Along with this I would like to dedicate him few lines:
Garmi hai hasrat nakamb se jal jate hai; Hum chirago ki tarah shyam se jal jate hai; Jab hi aata hai tera naam humare naam ke saath ae Salman, na jane kyu log mere naam se jal jate hai.

Mahek Chahal seen in Bigg Boss season 5
I would wish him all the happiness in the world. There are very few people who has reached where he is right now. He gives so much back to the society and people. He is the real hero for me. He is an amazing human being and a good adviser. Itâ€™s always fantastic to work with him.

Deepshikha Nagpal seen in Bigg Boss 8
I just came back from his birthday bash and I am really happy. Salman is an amazing person and all my good wishes are for him. Salman is such a great human being that Unke liye Jitne bhi acchi wishes doon Salman ke liye woh kam hai. I hope that he gets more success in future.

6 years ago happy bday salman...allah may bless u...

+ 5
6 years ago happy birthday salman! best wishes for the year to come!

+ 2
6 years ago
Happy Birthday Salman Khan!!
May all your wishes come true..
Wishing you lots of happiness and success.