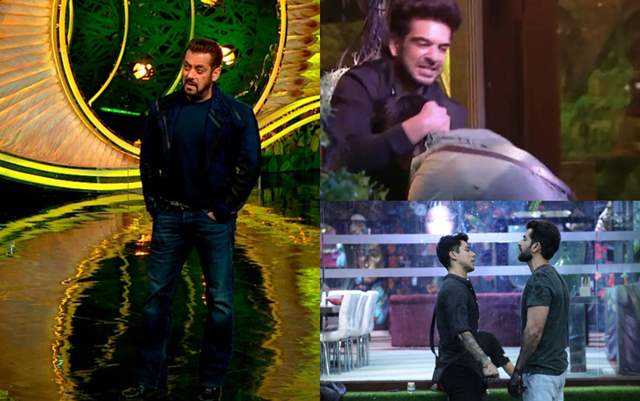 Bigg Boss 15 will witness the Weekend Ka Vaar tomorrow and the shoot for the same is currently underway. A lot has transpired in this past week and a lot is also being said on social media. And some of the much talked about contestants have been Karan Kundrra as well as Jay Bhanushali for their behaviour in the house.

While Karan pinned Pratik Sehajpal down on the floor and clearly violated the rules about physical violence, Jay, was playing against his own teammate Pratik, trying to disrupt the BB Currency task. However, eventually, Jay's purpose was not served and they now don't have any money left as they had to go to the main house at the cost of 25 lakhs after VishwaSuntree's offer.

While many were concerned whether or not the issue will be raised, it turns out the issue will be raised in the WKV episode after all. We hear that Salman did slam Karan for his behaviour and also pinning Pratik down. In fact, we also hear that he said that had Pratik made an issue about this, Karan would have been in trouble, however, since he did not, he will not talk much about it.

As for Jay, Salman pointed out how he is not playing a very smart game and going against his own teammate wasn't something he should have done. What either of the contestants - Jay and Karan have to say to his remarks is not known. It will be interesting to see what do they say and how does this conversation turn out to be.