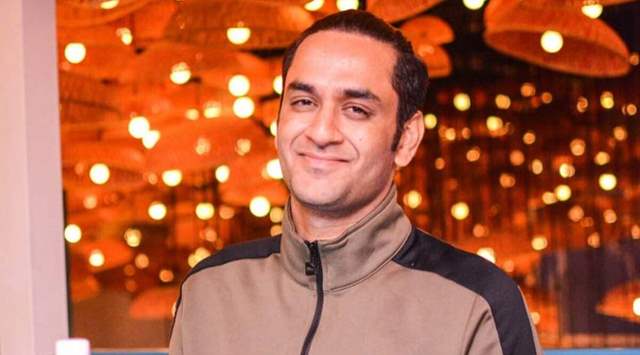 Bigg Boss 14 has been bringing about a lot of twists and turns this season, and yet another of those twists is going to come in the form of Vikas Gupta and his challengers. Entering the show soon will be Vikas, along with Kashmera Shah, Rakhi Sawant, Manu Punjabi, Arshi Khan, and Rahul Mahajan. While they've all been the most talked about contestants during their seasons, it will be interesting to see how these challengers will change the game.

We got in touch with Vikas, where he spoke about all things show, the contestants, and the game this season. Read excerpts from the interview here.

How will we see you change the game?

I don't go inside the house to change the game, I just go and keep the balance between my heart and mind, which directs me to do the right thing and that is the thought process I have, something that is different from the others and that is what connects with the people, so it is a good thing.

You and Kashmera Shah have and clashes earlier, how will your equation be now?

We had clashes last season but when the season ended, I did save her connection, Arti Singh, and so, I think it should be good because that's how we left things at.

Have you been following Bigg Boss 14?

You know I don't see Bigg Boss, I did not see my own episodes during my season. Seeing people inside a house getting tortured, I am a little sensitive when it comes to it. I was recently telling someone how I was watching an episode with Sidharth and Shehnaaz, where everyone was calling her jealous, I couldn't eat my food that day, because I can't see such things. However, this season I saw it because one needs to know quickly what is everyone talking about, so for facts, I have tried to run this episode.

You will be having a chance to win the trophy once again, what do you have to say to that?

When I went in the first season, neither I nor someone else had thought that I will go up until the finale, I was of the opinion that I will come back in 2-3 weeks. I did have a dream and it remained incomplete, but it was something else, not to win the trophy. Later, I also came to the show with Shilpa(ji), and then later, also, I did not come to win the trophy. However, this time, I have come because of my need, it is necessary for me to play and to win the trophy. The year that 2020 has been, it has made a lot of people feel lost, so now I want to win this. If people think that I don't need this, I was thrown out of the show in the beginning but despite that, keeping my ego aside, I am entering the show, there has to be something important, and the reason is that the prize money is important for me, and somewhere I have lost my trust on people and things, so this is my chance to inspire myself.

Who will you connect with inside the house?

I know one or two people from before the show, and I have met a few, but I don't know anyone well. Abhinav Shukla and I used to meet and hangout many years ago, I have met Jasmin Bhasin during Khatron Ke Khiladi, we've had nice incidents, but again, you can't tell anything about the thought-process. Arshi Khan and I don't talk anymore, we've had a lot of fights, those which tend to come out in the public, so I don't think anything different is going to happen inside the house.

Everyone has constantly mentioned how Jasmin's game changed after Aly's entry, what do you think about it?

A person evolves inside the house, and if that does not happen, means that the person is not being true. That is one of the reasons I say that she is truthful but she is also childish, the problem with her is that one tends to react in emotions, there is a thin line when you go on the other side, but if you are pulled back to this side, you will become right again, and that's the case with her. I think even she did have a notion if she introspects, she will understand her game, but she hasn't done something so wrong so far, she could've reacted differently, even during the task, when she said that no matter what happens, I will give food to everyone, so there is inherent niceness in her also. With Rubina, she has inherent righteousness in herself also, now we know how she must have gone through so much pressure and why she is controlling, we simply see the outside, hence, we shouldn't judge. We don't know if their slippers are smaller than yours or their size, it might be painful or not.

Was Pavitra Punia's eviction a shocker for you?

I really liked Pavitra, but I think she drowned in love, and she became very slow, I think she had a lot of pressure upon her and people tend to psych out as well, so probably that is why she was inactive and she was out because people did not see her only.

Whose game are you liking inside the house?

I love Rubina's game, she tries really hard and she says what she feels, and is playing a good game. She said once that if someone is my friend, and if they are wrong, I will still stand by them, she has her way of doing things. Someone who does everything so confidently, even though you agree to her validations or not, she stands by what she says.

With the finale approaching, things are sure to shake up inside the house!