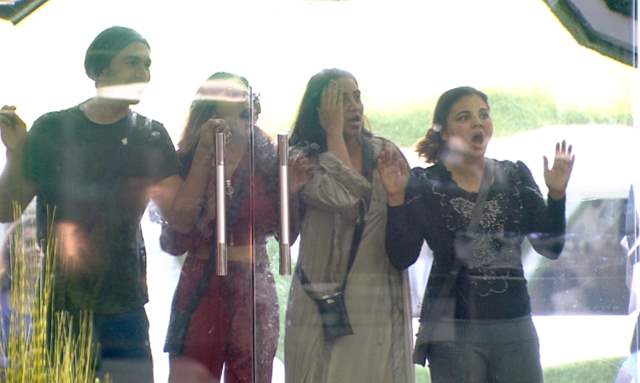 Bigg Boss has been seeing a lot of action of late. The housemates' behaviour in the tasks assigned to them doesn’t seem right to Bigg Boss. They have broken rules in each and every task assigned to them and make the tasks null and void. Earlier, Bigg Boss had warned them all that their rations could be taken away if they do not change their actions.

As the housemates lounge in the garden area, Bigg Boss locks all doors and sends in a team covered in PPE suits to collect all the ration from the Bigg Boss House. It’s a case of, ‘As you sow, so shall you reap!’ The housemates are extremely shocked on seeing this. As they stand complaining, Bigg Boss’ team, one-by-one, meticulously removes all the food and luxury items from the house. Everyone is helpless, the house is eventually cleared up of all the rations!

Next, Bigg Boss drops another shocker on the housemates. Eijaz Khan, who was the first contestant this season to step in the Bigg Boss house will be making an exit from the house!  The housemates are shocked by the news while  Arshi cries profusely. Eijaz, too, gets extremely emotional and is in tears.

With all of this, there is another surprise in store for all the housemates including Eijaz. A new housemate is seen entering the house! Devoleena Bhattacharjee, who was a contestant last season, enters the house! Eijaz is ecstatic on seeing Devoleena, who is his friend outside the house!

Will the contestants change their behaviour and fall in line? How will Devoleena settle into the house this season?