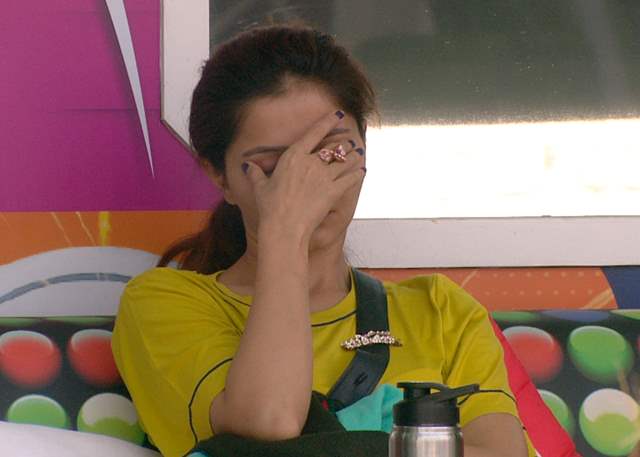 The first casualty in the Bigg Boss house, as the game heats up, are the relations that the contestants have forged. Friends are seen falling apart and even now husband and wife relations have hit a rocky patch. That’s what is currently happening inside the Bigg Boss house as relationships are facing a major strain.

When Abhinav allows Nikki to sleep inside the house as she is unwell, little does he know the can of worms that he is opening! Nikki goes inside to sleep and starts collecting the makeup stuff to which she does not have access to. Eijaz, Abhinav and Rubina all ask her leave the sleeping area on account of her actions, but Nikki remains unfazed. She brazenly defies each and every house member including her friend Pavitra and refuses to move!

Jasmin blames Abhinav for this debacle while Aly supports Jasmin. Soon, Abhinav, Aly and Jasmin enter into a ferocious midnight battle and their friendship seems to be cracking.

The next day, Abhinav acts as a human shield and places himself firmly against the door so that Nikki cannot enter the house again. Nikki is seen pushing the door but to no avail. Rubina, who is irked by Jasmin and Aly attacking Abhinav, lashes out at Jasmin. She blames her for talking behind her back and being fake towards her. Jasmin doesn’t take this laying down and says that their friendship is over.

The most surprising clash takes place between Rubina and Abhinav, and its not a normal argument. Rubina accuses Abhinav of always listening to others instead of trusting his own wife’s decision. Abhinav remains obstinate and the two enter into a teekha war of words.

Will Rubina and Abhinav’s relationship stand this test? Will the two play their separate games or will they team up and play as husband and wife!