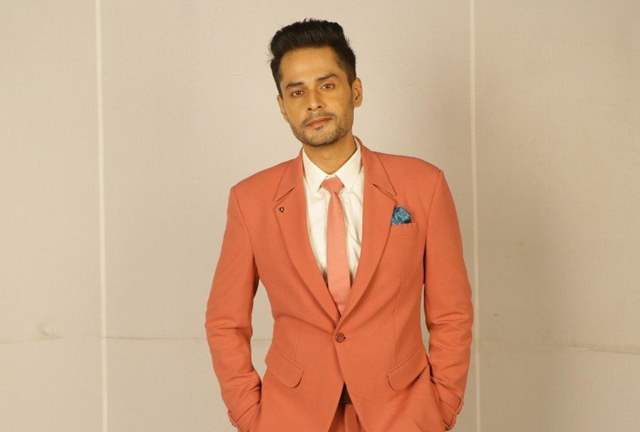 Bigg Boss 14 is one of the most talked about reality shows on television right now and while the show has witnessed some evictions, the latest was that of Shardul Pandit. He entered the house along with contestants Kavita Kaushik and Naina Singh, and while Kavita was given a chance to re-enter the house, Naina too was eliminated last week.

We got in touch with Shardul after his exit from the show. Read excerpts from the interview here.

Would you call your time in the show an experience or a journey?

I want to ask why was I nominated and everyone knows it was done by two people from the outside and maybe, I could have been saved. It was a nice journey, I have had three highlights from the journey - number one, Salman Khan saying that he is upset about seeing someone go, and him saying it on national television that he is standing there if I need something. Second, all the contestants bidding a heartfelt adieu to me, and the audiences were also teary-eyed when I left.

I am very grateful for the votes and the love, if I had pointed out how Rubina Dilaik has been on the show since the very beginning, people would have called it a sympathy card, but it is a fact. I did have less time, only two weeks and Rubina has been there since day 1. People were there with seniors and received guidance from them and I was saved from nominations and immediately nominated again.

Your mother has not been doing well and you chose not to play the victim card, do you think you should have?

I spoke about everything but it was in hushed voices, so maybe, it wasn't meaningful enough from the television point of view. My friend Karan told me that why didn't you ask 4 other people about your fights that what do you have to say, but I wrapped up my fights on my own. I want to show my individual character and that is what I have shown, for instance, I did hug Kavita a goodbye despite the fight, and that is who I am, that is what you do in real life as well, isn't it? No one fights like that in real life and that is not the tone, everyone does these things for TV and if they talk like that outside, we all know what the result of the same will be.

Would you like to go inside the house again?

A 100%, I am not okay with people thinking that I have not done anything and if I had not done anything, there wouldn't have been these observations that there have been. If you gave someone like Kavita a second chance, I would request the audience to also give a contestant who was real in a reality show like Bigg Boss, a chance, and show that one can play with their heart and friendships.

What do you feel about Eijaz Khan and Pavitra Punia's equation?

These are real emotions, both Eijaz and Pavitra have spoken to me about their feelings. Eijaz has told me what he likes about her and how he feels and we've had conversations over the entire night, Pavitra has also admitted to having an attachment with him. When Qawali happened, a lot of people said that this is PR, however, everyone has been doing so depending on what has been working outside.

What do you have to say about the task with Naina Singh?

I want to ask what do the audiences want to see because I am divided here. I was against Naina Singh, so should I have gone the Nikki Tamboli way and kept the mask in my pants, because obviously, she wouldn't have tried to get it there. What I did was more righteous or should I have fought for it. All I am wondering is how could I have shown my hunger for the game because celebrities have constantly told me so.

How has your equation with Nikki Tamboli and Rahul Vaidya been?

I think Nikki is not how her perception is outside, people say she does not do a lot of work, but she has done a lot of work. She does apologize when necessary and she has done so on multiple occasions. In fact, she has also said how she would have saved me between Jaan and I, since she thinks I am more deserving. With Rahul, I have a good equation, we both have respect and share a 'hasi mazak' bond.

Will you miss seeing him inside the house? Drop your comments below.