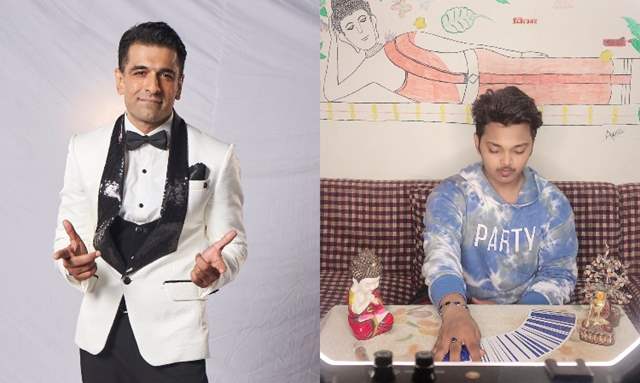 Bigg Boss 14 is currently over 2 weeks old and it has managed to keep the audiences hooked with multiple aspects. While on one hand, there are fights that are happening, on the other, many secrets are also unveiling inside the house. One contestant who has been the centre of attention and is often seen talking about his past is Eijaz Khan.

Tarot card read Ayush Gupta got talking about his possible future and journey inside the house, and went on to make some revelations. About Eijaz, he says, ''He is a very good soul, I can say he knows how to deal with situations well but I can say that he has faced certain things in the past where he has suffered because of his aggression or because of his overreacting nature and that has created issues for him. He is someone who keeps things from the past in his mind and as we can also see in the show right now, those are things affecting him.''

He further went on to add, ''Cards are saying that he is not being real in the house, although he wants to be, but he is unable to do that. He might have a great journey only if he gets real and there are some suggestions that might make his journey better. For instance, I can see in the cards that his aggression might impact his journey negatively and if he does not work on it inside the house, it will have an effect. His journey might be difficult because there are negative blockages that are stopping him from opening and that seems like a loss for him. He will have very few friends inside the Bigg Boss house, even though he will try, he will not be able to keep up with them is what I see. He might have problematic situations inside the house and he should be prepared for that.''

Do you agree with him? Drop your comments below.

Bigg Boss 14: Aly Goni gets punishment for getting violent