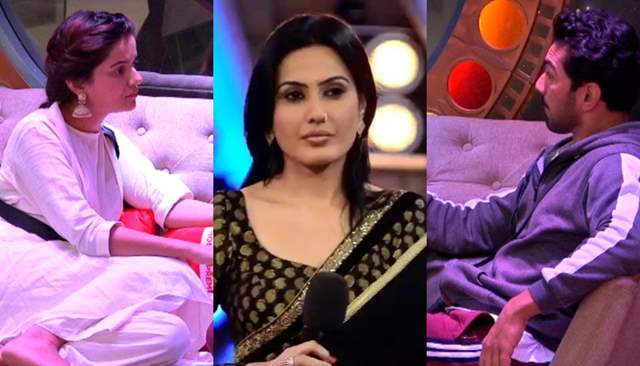 Bigg Boss 14 contestants Rubina Dilaik and Abhinav Shukla have been grabbing a lot of eyeballs for their arguments, the conversations, among other things. While the two seem to have had heated conversations from time to time, it was recently that another argument broke Rubina.

We saw how Rubina spoke to Shukla about the messages that Kavita Kaushik alleged that he sent her texts at night. Kaushik's husband had also added how his wife received texts from Shukla in a drunken state asking him to come over. The two also had a conversation about what Rakhi Sawant said, however, Rubina seemed to be in a different head space.

Now, Kamya Punjabi, who is a good friend of Kavita, has taken to social media to write how the issue could have been postponed until they were out of the house. Kamya wrote, ''Oh god #rubina i hv seen how much u luv #abhinav n now its sad how u dont let him talk n dont listen 2wat he says n why discuss a closed chapter on NTV it was done n dusted, agar mann meh baat thi toh itna ruki thoda aur ruk jaati baahar aakar kar leti yeh baat.. #bb14.''

Soon, netizens also dropped in replies to this tweet of hers and while some sided with Rubina, mentioning how she needs emotional support, some simply agreed to what Kamya mentioned.

Kavita Kaushik resumes work after walking out of 'Bigg Boss 14'