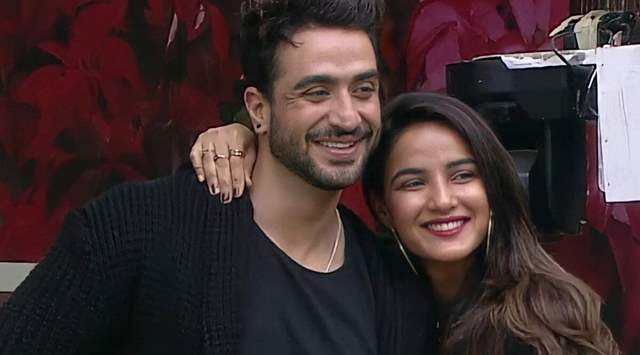 Jasmin Bhasin and Aly Goni are the latest couples in telly town as the duo admitted to their love in Bigg Boss 14. The actress's journey came to an end a couple of weeks before while Aly, continues being a part of the show.

The actress recently spoke about everything that followed on the show and what are Jasmin's parents' opinion, she told BT how it was a confusion and the statement regarding playing solo was misunderstood. She said, ''They said it in the context of the game. My family is very broadminded. They have always left my decisions to me and supported me throughout. That’s how it is this time as well. There is no reservation or problem.''

Meanwhile, she also spoke about the realization of having fallen for Aly and revealed how it was a beautiful moment when she first saw him in the house, and given the BB house, it is all different, even the feelings. She added how the realization donned upon her during the task where everyone was dancing to popular tracks and she had a beautiful conversation with Aly that day, which happened to be the moment of truth for her. She added how it was her elimination that sealed the deal and it was the biggest victory because his expression of love got her emotional and it was a dream come true for any girl to have someone love her like that.

Jasmin further added how she wants the two of them to be certain about the relationship and the actress is waiting to see how to take things forward. She added how the two of them were friends for so long and many felt that they fell in love on the show and it is a result of a fishbowl mentality, which is not true. She revealed further how she is waiting for Aly to come out to be able to discuss their relationship and they need to spend time together and figure things out.

Jasmin Bhasin is all praises for having Aly Goni as co-star in music ...