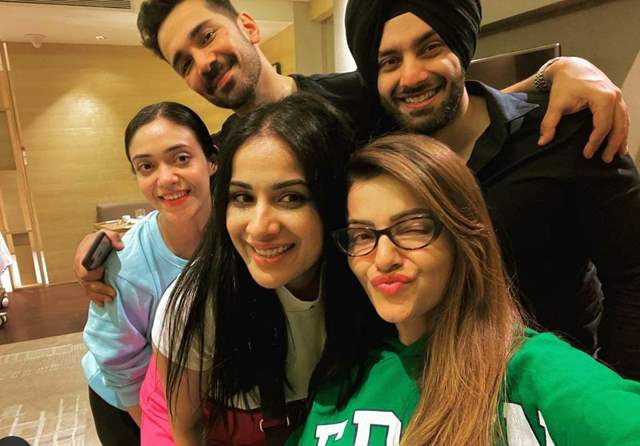 It looks like there's absolutely no stopping the Bigg Boss 14 reunions and one such reunion happened as Rubina Dilaik, Abhinav Shukla met up with Sara Gurpal and Shehzad Deol. Abhinav has always maintained that Sara is one of the few people he'd like to maintain his friendship with, and it looks like everyone jumped onto the opportunity of catching up.

Meanwhile, everyone has been keeping busy with their work commitments as they have also been doing music videos. Abhinav and Rubina announced their music video Marjaneya while both Shehzad and Sara too, have been working with various singers and actors on their projects.

As can be seen in the photo, all of them are super happy about the catch up and it sure reminds us of the beginning of Bigg Boss when everyone was a part of the show. While Rubina lifted the trophy, Abhinav went on to become the top 6 contestants in the show this season. Both Shehzad and Sara, however, were eliminated rather early on in the show.