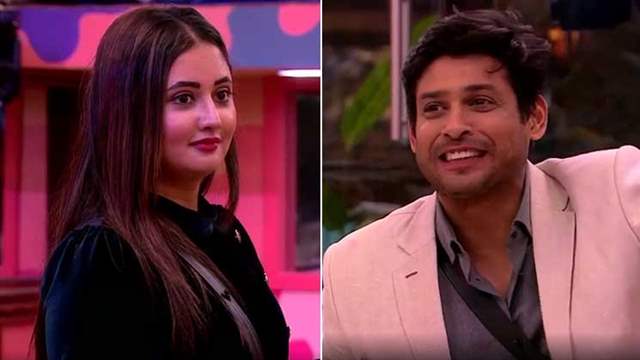 Colors Bigg Boss 13 has seen various changes in the equation amongst the contestants from time to time. The house has seen changes in dynamics between people's relationship on a daily basis. One such equation that is constantly in limelight for the fights and arguments is of Sidharth Shukla and Rashami Desai's.

The two who initially were not able to stand each other have become quite friendly to each other in recent times. The difference among the two cropped up on the set of Dil Se Dil Tak and continued inside the house as well.

However the fans will see a new side of their equation.

In today's episode, we will see Rashami expressing her concern about Sidharth's sudden change in behaviour towards her. She will also say that she has been thinking a lot about this and mentions that this behavior of him towards her was not expected.

What are your views on the same?

Are Some Fans of Bigg Boss 13's Asim Riaz, Rashami Desai and Sidharth ...

Breaking
Breaking After Erica Fernandes and Aamna Shariff, Parth Samthaan to ...
10 minutes ago

Riteish Deshmukh calls wife Genelia, "My Everything" as he ...
16 minutes ago