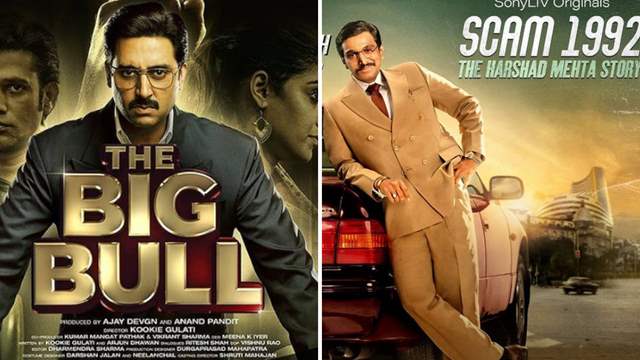 The trailer of ‘Big Bull’ released earlier today. Starring Abhishek Bachchan in the titular role, the film is based on the life of stock trader Harshad Mehta.

Last year, filmmaker Hansal Mehta rolled out his web show ‘Scam 1992: The Harshad Mehta Story’ starring Pratik Gandhi in the lead. The show was a massive hit and received rave reviews from critics.

Hansal Mehta has how reacted to the comparisons between his show and the Abhishek Bachchan starrer.

A Twitter user wrote, "Appreciate efforts bt not the standard of @mehtahansal and @pratikg80's #Scam1992 .... Baap of all web series”, to which Hansal reacted, "Please don’t make unfair comparisons. There can be multiple tales on the same story. Every story-teller will have his own way and should be seen independent of the other. This film has so many talents involved just like my show. They’ve done their best and they deserve your love."

The filmmaker also lauded the trailer and wrote, “And very intriguing trailer with such phenomenal actors. You are in great form @juniorbachchan. More power to the entire team of #TheBigBull on @DisneyPlusHS”

1 months ago That's really good of him...