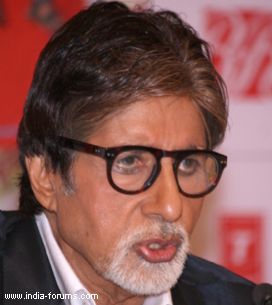 He's a multi-million fan man! Megastar Amitabh Bachchan, who enjoys global popularity, has amassed a following of over 13 million on Facebook and around nine million on Twitter, and he's loving it.

The 71-year-old veteran has been active on social networking platforms, via which he shares with his fans, his thoughts on everyday life, career and family. He also gets philosophical once in a while.

His tryst with the online medium began with a blog - and he later adapted himself to the evolving world of online networking to get closer to his fans.