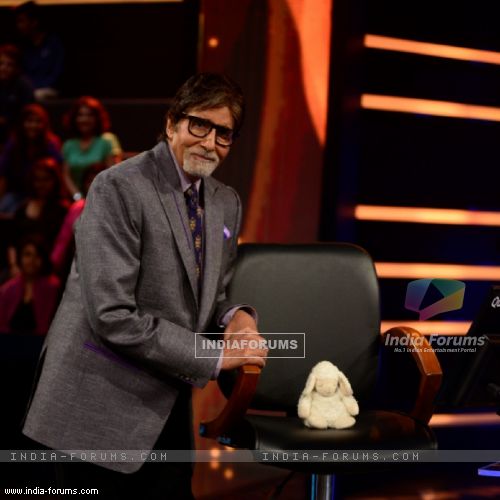 The weather seems to have taken a toll on the health of megastar Amitabh Bachchan.

On Tuesday, Big B shot for "Kaun Banega Crorepati" (KBC) and finished his shoot for the day, but during the night, he didn't feel too well.

He took a day off on Wednesday and tweeted: "The time it takes for one to adjust to a day of rest, is akin to time taken for an entire lifetime...or so it feels."

A source from the set of KBC said Bachchan couldn't come for the shoot Thursday and that he must take rest.

So now, the KBC team is likely to reschedule his shoot to next week, the source added.

At his age, Big B is one of the most active Hindi film veterans and he keeps himself occupied with TV and film projects.

Lady_Impala 9 years ago cant wait to watch it... and wishing salman a speedy recovery.. love you loads
PZ and Salman

zara_11 9 years ago I can't wait for the first episode of up close and personal with PZ. It will be really fun to watch Salman and preity.

urmi8 9 years ago preity rock nad so will her show up close n personal rock!!!

Pooja4Suhit 9 years ago Sallu/Preity look really cute together.. Can't help wishing they were a real life pair too :D :D

Would love to see them together!!!!!

-evanescence- 9 years ago All the best to PZ... Hope the show does really well...

LurveTorres 9 years ago My two fav people...Love them both loads...I can't wait to watch them together either on the t.v or online...Wish they do more movies together :(

tulip132 9 years ago Sallu waiting 4 this program. we are going 2 watch Bodyguard 2day.

Wishing you a speedy recovery.

God give you long life