After highlighting many big names from Bollywood industry including Aamir Khan to host Kaun Banega Crorepati season 4, it seems as if the production house Synergy has summed down again to the legendary actor and persona Amitabh Bachchan who indeed holds the c 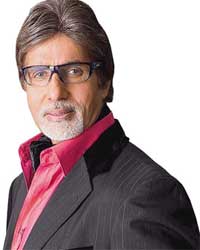 redit for making the season 1 and 2 a great success.

Though the core team has sorted out to retain their original host of the show but may be they couldn't do the same with the channel.

A little birdie informed us that, "the chances of Amitabh Bachchan hosting the upcoming season of KBC seems to be taking a practical turn. But there is a shift of channel the upcoming season would be telecasted on Sony unlike the past on Star Plus."

We even messaged Ajay Bhalwankar, head of Sony TV and Anita Kaul Basu, Managing Director of Synergy but couldn't receive a reply.

+ 4
10 years ago I like watching this show if it doesnt airs on the time on which another of my show airs. N Amit ji is the best choice 4 KBC although i HATE him. NM.

KSGANDDMG 10 years ago We want somebody else to host KBC 4. Please consider Karan Singh Grover because he is an awesome host. We want KSG to host KBC 4!

AlphaRomeo 10 years ago Is Amitabh Bachchan an Actor or Farmer?
The show will be FLOP

+ 3
10 years ago The magic cant be recreated. There are too many shows with loyal viewers. This will flop after initial curiosity is over.

10 years ago amitiji is a original host of KBC...he make KBC.......and star plus. Today star plus is compeleting 10 years of its success is bcs of amtiji.. star plus was not popluar before KBC but after KBC every channel was beaten by star plus. and become no.1 family channel which raise suddenly raise TRP of star plus.....amiatbh bachchan had that versatility to host KBC.....which either sharukh nor amir has.......even i'm biggest fan of shahrukh khan........shahrukh host KBC with grace and smile on everyone face......but amitiji has that versatility which sharukh lack.....

arjun7878 10 years ago Only Amitji with his characteristic baritone voice, personality, charisma, star magic & aura can do real justice to KBC. No SRK & not even Mr Perfect Amir Khan can come anywhere near Big B. I as an ardent fan of the Game Show would request the Star of the Millenium thru your forum to host the Game Show very soon.
Arjun Dhal