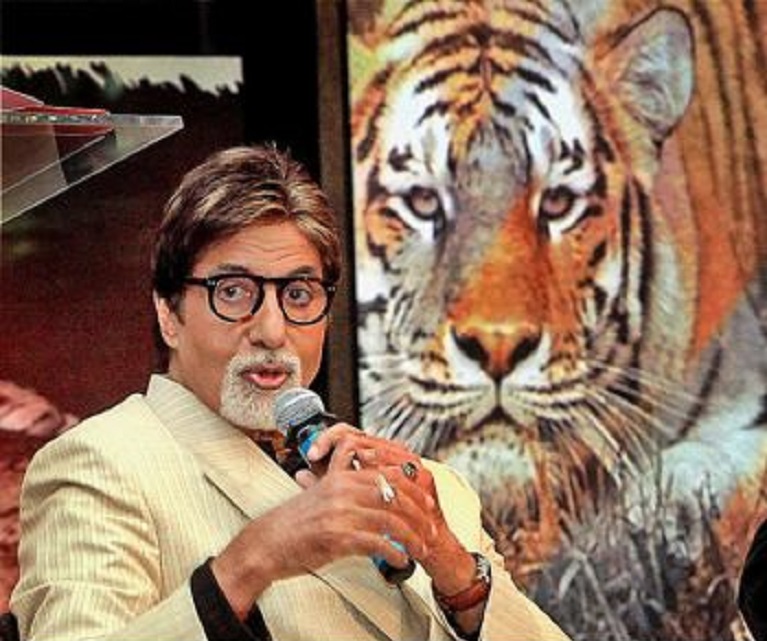 Megastar Amitabh Bachchan will now use his charisma to protect tigers. The 72-year-old actor has accepted the Maharashtra government's invitation to become a brand ambassador for its ambitious Tiger Conservation projects, Finance and Forests Minister Sudhir Mungantiwar said here on Monday.

The superstar sent a formal letter to the state government accepting its proposal and invite.

"Your expansive letter has educated me greatly on not just the Tiger Reserves within the state of Maharashtra but also the finer points on the importance of this campaign," Amitabh wrote to Mungantiwar.

"... I wish to accept your kind offer to render my services towards the state government's initiative for Tiger Conservation. This (letter) may kindly be treated as my consent to represent the state of Maharashtra as its Tiger Ambassador," he added.

On July 29, Mungantiwar had written to Amitabh and Bharat Ratna Sachin Tendulkar requesting them to act as brand ambassadors for the state government's ambitious Tiger Conservation projects.

"Bachchan's immense popularity and the love he enjoys among the masses will definitely give an impetus to the state government's initiative for tiger conservation and protection, and create awareness on the importance of tiger among the people of the state," Mungantiwar said on the occasion.

"We want them to be brand ambassadors for this initiative. I have also invited Bachchan and Tendulkar to visit the Tadoba-Andhari Tiger Sanctuary in my home district Chandrapur," he told the media earlier during the World Tiger Day celebrations.

Maharashtra has asked the central government to allocate special funds to conserve and protect the big cats in these four states.

The minister pointed out that Vidarbha had the potential to become the 'tiger capital' of the country, with its tiger population rising from 169 in 2006 to 190 in 2014. India is home to 2,226 tigers.