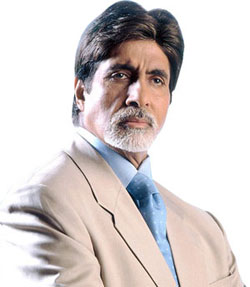 As if Amitabh Bachchan, better known as the Big B doesnt have enough things to worry about, his blog gets more abusive day by day. People are constantly hitting each other with the ugliest words. It's like World War 3 but, in writing. Mr. Bachchan didn't start to write a blog so people could debate there. He started it for his fans that have been so good to him over his vast career.
Big B has stated on his blog that it hurts him when people use the platform of this medium to get personal and ugly with each other.
Meanwhile, writing about his daughter-in-law, Aishwarya's illness; he said that she is down with chest infection and flu-like symptoms.
Will the fan's take this threat and stop before it's too late?
Author: Manisha K.
Featured Video