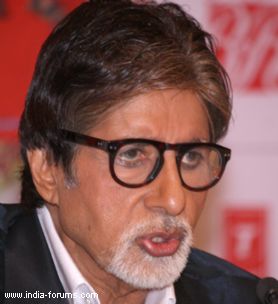 The busy 71-year-old is working in several projects and Nagarjuna's film, the details of which haven't been disclosed, is one of his completed tasks.

"Dear Lord of the heavens, do give me the strength to absent myself from this forum tonight. I have worked too hard for the day and the night. Finished commitment after commitment - a dubbing for Teach Aids on the pointers for those that are unaware of these dreaded diseases."

"Thereafter, a quick cameo shoot for Nag (Nagarjuna), son of the legendary late Akkineni Nageswara Rao, and a dear friend, for the film he has made in Telugu along with his father, and thereafter to the TV serial shoot," Amitabh posted on his official blogging site srbachchan.tumblr.com.