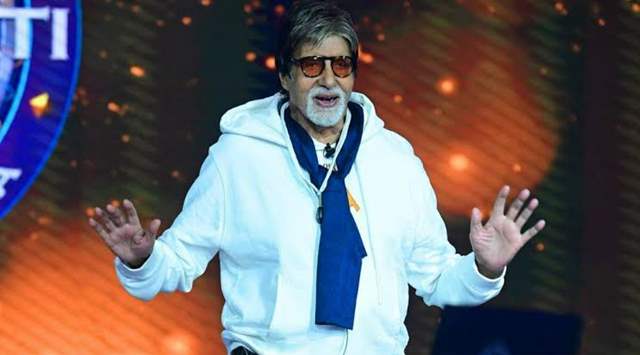 Amitabh Bachchan is one of those actors who have a massive and widespread fan base. Be it kids or the elderly everyone adores and respects him. Big B is 80 and he is still working a like a youngster in is 20's.

Amitabh Bachchan, recently recalled an incident in which a small boy encouraged him to stay at home and relax after hearing him claim to be 80 years old. Amitabh said on his blog that the young boy approached him when he was working on a campaign and inquired about his age. The seasoned actor claimed that when the child offered counsel, he was astounded by his "precocious veracity" and was unable to respond.

Amitabh wrote, "Work calls and gives impetus to the creative nerves all about, seeking where the effort needs to be pulled out of .. and one discovers to one’s horror that there really is no such gadgetry at all within the system ..cope with it buddy or give the life up .. ! I was at work for the RBI campaign and in the scene was a little kid about 5 or 6 years of age .. in the middle of a rehearsal he turned to me and said ..‘excuse me, how old are you ?’ I said ‘80′ ! he snapped back ‘ Oh! so why are you working? My grandparents are sitting at home and chilling .. you should do that also ..!!’ I did not have a reply for him .. Primarily because I was astonished at the precocious veracity of this 5 yr old! And secondly, I did not have an answer! So bid him goodbye at the end of the shoot, took a picture with him and gave him an autograph."

In the near future, Amitabh will return to host his renowned game show Kaun Banega Crorepati 14. (KBC 14). Although a date has not yet been announced, the show will air on Sony TV.