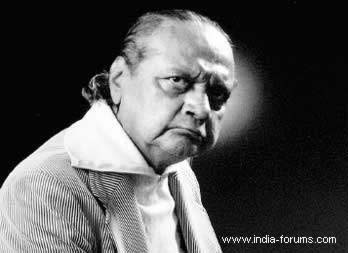 Amitabh Bachchan, who played the character of Anthony Gonsalves in the 1977 hit movie "Amar Akbar Anthony", has mourned the death of the real-life Goan orchestra maestro.

The musician, who was suffering from pneumonia, died at the Goa Medical College Wednesday. He was 84.

"Anthony Gonsalves...passes away...talented musician with LP and on his name my character name for Anthony was put..prayers," the 69-year-old superstar posted on micro-blogging site Twitter.

Laxmikant-Pyarelal, who were the composers of the movie, had dedicated the legendary song "My Name is Anthony Gonsalves" from the movie to the Goan musician, after working with him in the past.

Gonsalves is survived by his wife Melita, son Kiran and daughter Laxmi.