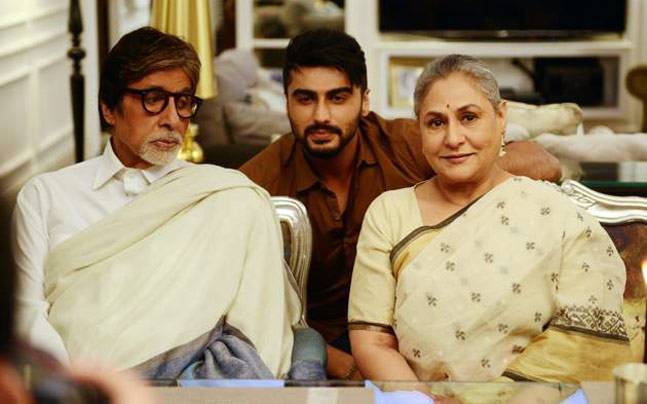 Megastar Amitabh Bachchan and his wife Jaya will be seen making a guest appearance in filmmaker R. Balki's upcoming romantic film "Ki And Ka", which stars Arjun Kapoor and Kareena Kapoor Khan in the lead roles.

"I work... I work with the wife... I work for R. Balki... for his new film that he makes with Kareena Kapoor and Arjun Kapoor... called 'Ki And Ka'," Big B wrote on his blog on Sunday, and even shared some images from the shoot.

The 72-year-old, who has worked with Balki in films like "Cheeni Kum", "Paa" and "Shamitabh", says that he finds the title of the films, made by the filmmaker "fascinating".

The "Sholay" actor added that he and his wife would be playing themselves in the film.

"This is a guest appearance, where we play ourselves, in our own home... not the one you see in the pictures... that's a room in the Hotel Sofitel in the BKC," he added.

"Ki And Ka" is a movie which aims to dispel gender disparity. While Arjun will be seen essaying a house husband, Kareena will play an ambitious, career-oriented woman.