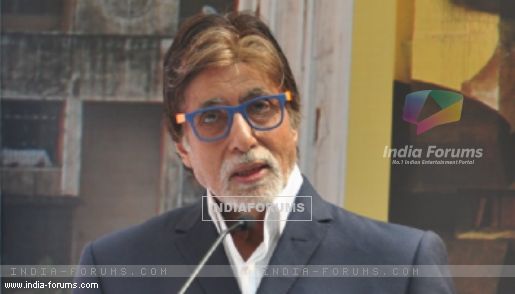 Megastar Amitabh Bachchan, an active blogger and user of different social networks, has been named the Social Media Person of the Year, by the Internet and Mobile Association of India (IAMAI).

The event is still due to happen in the capital, but since Big B won't be able to make it there, he was honoured in advance by by a representative of the body.

He received the award here Tuesday.

"There is an association of social media for India the IAMAI...and they reward me with the 'Social Media Person of the Year' award and it is time really to reward the Ef (Extended Family) for this... you are the ones that have made it possible for me to be given this recognition," the 72-year-old posted on his blog srbachchan.tumblr.com.

The senior Bachchan posted a photograph in which he's seen receiving the trophy.

"The ceremony is in Delhi, and since I cannot be there, they came over to present it to me and (they will) play a video of it at the function to be held in a few days," he added.

Big B makes the most of social media to communicate with his fans and well-wishers. The legendary film personality has over 12.5 million followers on Twitter and more than 18,857,196 likes on his Facebook page.