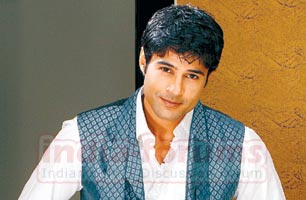 He is the Heart throb of millions of television viewers and has played the role of a romantic hero, a RAW intelligence officer, an ACP, a host and currently playing the role of captain Rajveer Singh Shikhawat in Left Right Left – Rajeev Khandelwal speaks to us about his roles, memories attached, as his character as a Captain draws to an end very soon..


1. How was it like working in the serial Left Right Left especially now when the second season of the serial has started?

Its been fun working in LRL. Infact it helped me evolve as an actor. Great director, great technicians and great co actors. The second season, after a while was not very exciting as we all know. It lacked conviction. The makers did wake up before it was too late and now what the viewers will see perhaps will be the best of LRL.....

2 There's a rumour going round that you plan to leave the serial. How much of it is true?

Capt Rajveer's story is nearing its end.... I guess 20 more episodes and he will be history in the serial..... 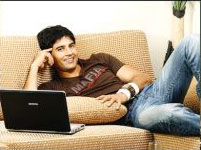 3 What are the reasons for your quiting the serial? Was it that the plot layout was different from what was read out to you when you had signed it? Was the change in script if at all, good or was it not up to the mark?


I don't believe in being greedy and sticking on, when it is time to move. Why should we be scared of breaking new grounds? Also, in the present setup of LRL, I don't think Rajveer should continue for very long. Some things last longer if they are short lived. What an irony!

4 You are coming to the end of yet another memorable journey when you say goodbye to LRL. Tell us about your insights on the highlights in the show.

Yes, its been a memorable journey. I feel I was lucky that I was considered for this character. The best thing was that we all were sure that it would click despite all the odds. I mean, an offbeat show on a small channel also, to work with new people and make them comfortable and accept me was also no less than a challenge.... 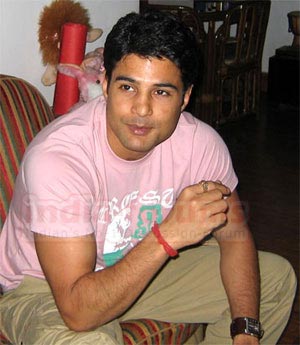 5 So far in each of your serials,  you have played a different type of role. Which character out of them has been the dearest one and you enjoyed playing it the most?


Might sound cliched, but I have thoroughly enjoyed all the roles I have done so far. I can go on and on about each character that I have played till now. Each one has been a journey in itself. Many will be surprised to know that I am still in touch with most of my directors and technicians since KTH. Also to tell you my make up artist, Kishore Haritwal, met me during Time Bomb and since then has been with me. My manfriday Bhagat Singh and my driver Satnam Singh joined me during KTH and since then have been with me, my manager Dilip Mane met me during Deal Ya no Deal and is with me till today and the latest addition has been Bheem/Johny who was our spot boy in LRL unit. He joined me after he was unceremoniously removed.....

6 So, now that LRL is going to become a thing of the past, what awaits you in future? What are your upcoming projects? Any plans for Bollywood?

I haven't signed anything till now. I dont believe in taking up something and then leaving. I want to finish LRL and then weigh my options. Bollywood will happen only if I get to do things I believe in. Not just for the sake of it and if I dont do any film then I will do a TV show for another year. Lets see what destiny has in store for me....

7 What type of venture would you personally love to start your career with in Bollywood?
If ever I do a film I would want the script to excite me. I dont have a genre in my mind (or lets say that I dont have the luxury to decide) as of now but I know one thing... I will know my first film the moment I hear it. Till now I have heard my third, fourth, sixth films.....still waiting for my first one.

8 Any message for your fans especially now when they would be missing you on the small screen for sometime to come?

Well, all I wish to say at this stage of my career is that very few people are as fortunate as I am, but that doesn't make me superior to them. I am as fallible and as a human as all of us are....if ever I make mistakes in life, just remember, I am one of you.....though deep in my heart I hope that I never let you all down....

Rajeev has always been dedicated to his work and has always done justice by taking one role at a time and doing it with at most sincerity.. So, what will his next venture be?? - A serial or will we see this hot hunk of Indian Television in Bollywood?? Well, the answer to this question is even now a suspense for all his fans.. All we want to say is - Rajeev, we all your fans are eagerly waiting for your next venture - All The Best!! 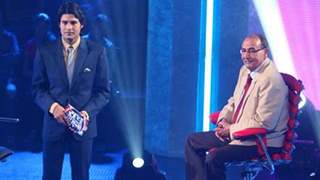 14 years ago thx di..we will miss u raj..cum back soon on small screen

14 years ago i dont now what to say....finally day of his departure arived.i gona miss him like hell .my life is incomplete with out raj
raj best of luck
love u

+ 2
14 years ago awwww man...i am gonna miss him so terribly!!! awsum interview...he makes me luv him more wid his each interview lolz...he is da best!!! so modest nd down 2 earth...i'll b waiting sweetheart 4 ur nxt assignment.
thnx a lotttt!!!
best of luck rajeev!!!

14 years ago aww.. hes sooo sweeet and i realli like him..thnx for the article

14 years ago Thank u so much 4 article.We will miss u.