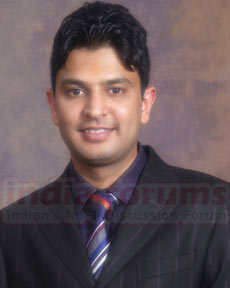 T-Series whose association with Himesh Reshammiya goes a long way back, has now decided to forge stronger ties by producing 3 films that will feature Himesh in the lead, after the overwhelming success of his Debut in 'Aap Kaa Surroor-The Moviee, The Real Love Story'!

Himesh, who believes in doing everything in a larger-than-life manner, has already whet the audiences appetite regarding his next offering 'Karzzzz' . Being a strong believer in astrology and numerology, Himesh Reshammiya and Bhushan Kumar, the head honcho of T-Series, have decided to get it numerologically right with just the added 'zzzz'ing! Directed by Satish Kaushik , this film promises to go one step further than the original.

Himesh's second film to be produced by T-Series, is 'Kajraare' which will be Directed by Pooja Bhatt and the third production is 'A Love Issshtory' by John Matthew Matthan of 'Sarfarosh' fame. Bhushan Kumar has given his full backing to the projects and is eager to get the show on the road!

Since Himesh considers 29th to be his lucky number, he saw to it that the mahurat of all his 3 films was held on 29th November '07 in a span of 45 min, which once again is numerologically auspicious for him!

Well, looks like 2008 will be yet another exciting year to watch out for T-Series and Himesh!