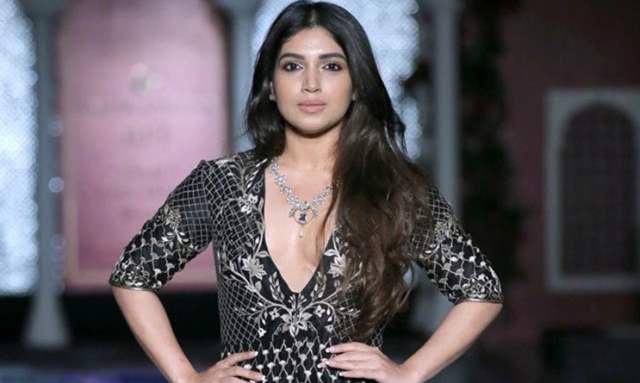 In a career span of eight years, Bhumi has gradually achieved great heights. The Sonchiriya actress has carved a niche for herself with every brand new character she performs. She has diversified herself with every new release and the actress also tends to learn a lot from her films. Unlike everyone Bhumi claims even though she has her own complexes that resonate in her life.

The actress has practically imperfected her screen presence and she had pulled off some of the most toughest characters. She has attained a high pedestal without any filmy background and she continues to do so effortlessly.

With Pati, Patni Aur Woh opening brilliantly, Bhumi Pednekar is set to make a rare mark in the industry. Bhumi will be one of the very few actresses who has actually had three successes in a row and that too in a calendar year.

Pati, Patni Aur Woh is riding on hugely positive word of mouth and is definitely set to become a hit especially with the start of 9.1 crore nett. Her last film Bala in which she highlighted the societal stereotyping of India’s obsession for fair skin has gone on to become a blockbuster. Her Diwali release, Saand Ki Aankh also held its ground despite a three film release day with Housefull 4 and Made in China and emerged victorious as the obvious second best. This is definitely a big achievement by an actress in the recent times.

It has been an incredible year for me as an artist. I have done such variety of roles that it has been creatively satisfying. I hope Pati Patni Aur Woh becomes a big hit to cap my year on a hugely positive note. I have only strives to give something new to audiences in theatres and I thank them for their support and love towards my films and acting.

ZEE5 drops the teaser of it's upcoming web series 'Bhanwar'! ...
11 minutes ago

Naagin 5: Dheeraj Dhoopar to don a similar look of Ranveer ...
56 minutes ago

Anushka Sharma has an epic response on being asked if she ...
58 minutes ago

Akshay Kumar and director Aanand L Rai open up about their ...
59 minutes ago

Sanya Malhotra proves her versatility as she aces Anupama ...
59 minutes ago