Zee TV brings in a hearty New Year for its viewers with 'Bhavnao Ko Samjho', a one and a half hour fultoo stand up comedy event with 15 top comedians of the industry. 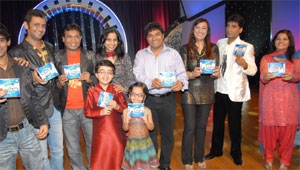 Featured Video
Our very own Afsha Musani & Dhairya Sorecha are back as hosts to entertain the viewers. To have you in splits of laughter, we have the Kings and Queen's of comedy like -Sunil Pal, Jhonny Lever, Ehsaan Qureshi, Raju Shrivastava, Shailesh, Sambhavana, Parag, Arti Khanpal, Khayali, Sudesh Lahiri, Rajeev Thakur, Seema Motwani, Anu Mudgal, Rahman, Raj Kumar and Ranchu amongst others.

For the first time  two little superstars of 2009,  Afsha Musani and Saloni, will come together on stage to shock the audiences with their comedy act. The evening doesn't end here….the laughter ride will also have glimpses of Sa Re Ga Ma Pa L'il Champs – Hemant Brijwasi, Shreyasi, Swarit and Vaishali singing melodious songs.

Commenting on this Mr. Ashish Golwalkar, Non-Fiction Head, Zee TV, said, "Through various shows/events and activities, Zee TV has always believed in & showcased differentiated programming. With 'Bhavnao Ko Samjho' we bring in an evening full of laughter mixed with some music elements."

Sunil Pal, Producer of the movie said, "I am thankful to Zee TV for creating this event for the film's promotion. It was an honour working with my comedian friends; without their support, my dream would not have come true. 'Bhavnao Ko Samjho' emerged from a very popular character of mine called 'Ratan Noora' from where I picked this phrase."

'Bhavnao Ko Samjho' is the first movie of its kind produced by Sunil Pal with 50 comedian artists. Releasing on 15th January, the movie has also registered for Guinness Book of World Records. 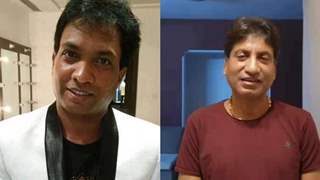