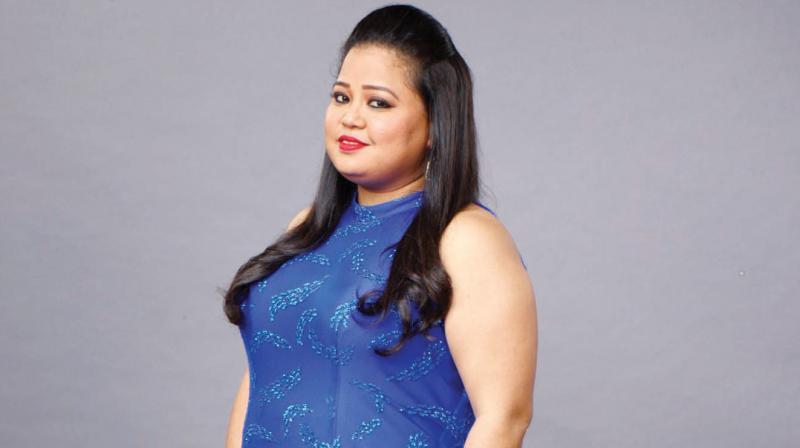 Ace comedienne Bharti Singh will soon be seen in a new role. Last seen shaking her leg with her Baliye Harsh in Nach Baliye 8, and now seen on The Kapil Sharma Show, Bharti will be next be seen as a mentor in &TV's upcoming reality show.

We have exclusively reported about &TV coming up with a new Comedy show, titled Comedy Ka Fight. Also, RJ Mantra, Paritosh Tripathi have been approached for the show.

And now we hear that the makers have roped in Bharti Singh for the show. She will be seen as a Mentor in the show. The show will be about two teams, one will be that of TV actors while the others will have stand up comedians. And as you must have guessed, Bharti will be mentoring the latter team.

We contacted Bharti, who confirmed the news and said, "Yes I am a part of the show and I will be the mentor for the team with comedians."

However, she refused to divulge any further details.

Excited about the show? Leave your comments below.

Kangana Receives a Special Sundown Dinner Surprise; Pens a ...
a minute ago

Deblina Chatterjee to be seen as Lakshmi in Vighnaharta ...
8 minutes ago

Here’s why Akhilendra Mishra initially denied playing the ...
10 minutes ago

Sushant Searched about Painless Death, Trouble in ...
17 minutes ago

Rishina Kandhari talks about resumes shooting, her perfect ...
39 minutes ago

Yeh Rishta Kya Kehlata Hai: Kartik to take care of his ...
50 minutes ago

Sushant Singh Rajput fans gear up for a second round of ...
50 minutes ago