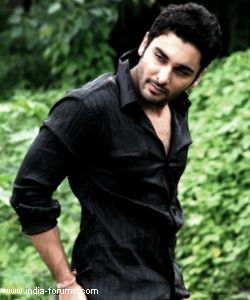 Bharat Chawla who essayed the role of Shashank in Imagine's Bandini has bagged a plump role in UTV's show for Star Plus, which will be the remake of the Tamil show Kolangal.

Bharat will essay the role of Nikhil who happens to be in the office colleague of the female protagonist Avni, to be played by Shweta Munshi. To begin with, his character will seem grey, but will be an out and out positive character that will be a pillar of support to Avni as the story progresses.

Earlier, Vineett Kumar was finalized to play the role of Nikhil. But we hear that the channel wanted options and many known actors were considered before Bharat was finalized.

We tried calling Bharat, but he remained unavailable.

The actor is due to start shoot soon. Actor Rohit Khurana will play the male lead.

10 years ago plz make the show on air ASAP..plzzzzzz plzzzzzz

araynarocks 10 years ago Heyyyy bharat I was quit pleased 2 c ur name on indiaforum det u r gonna b a part of d new star show,,,,,,I've watched all ur shows n looking forward 2 dis1 too. U were 2 adorable as CHOTU loved ur acting in det,,,still miss ma SHASHANK in bandini. Used 2 watch det show just 4 U...love u loads,,,mummmhhhhaaa

moon111 10 years ago Wowwww bharat is back after bandini,,lov u bharat ma hottyyyy

soumya_ks 10 years ago he's one of those few actors who emote well..all the best for him :)