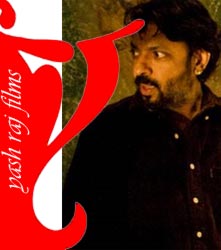 Ace director Sanjay Leela Bhansali who has films like 'Khamoshi', 'Hum Dil De Chuke Sanam', 'Devdas', 'Black' and others to his list of credentials is not a happy man these days.
After watching the promo of Yash Raj Camp latest 'Dil Bole Hadippa' starring Rani Mukherji, Bhansali is fuming. Bhansali was promised by the YRF camp that they would not use the word 'Hadippa' in their title after Sanjay had requested them to drop the word as his sister Bela Sehgal's debut directorial venture is called 'Hadippa', but his glory was only short lived.
Sanjay is a furious man as the production house has not kept their promise and is in no mood for compromise as this is his sister's first movie.
Adding that this behaviour was unethical on part of the legendary production house and claimed that they would call this 'creative vandalism' and questioned how the Chopras would feel if they just added 2 words to their movie titles and called it their own like 'Ek Baar Rab ne phir bana di jodi' or 'Pataa nahi kyun laaga chunari mein daag'.
The lead actress of 'Dil bole Hadippa' Rani Mukherji who is close to both the camps tried to hold a meeting between the two, but was not successful.
Bhansali is annoyed with the entire issue and does not mind taking legal action against the concerned production house as they have written proof stating that the word 'Hadippa' would not be used.
Now, now guys... rubbed Bhansali the wrong way, have you?
Featured Video