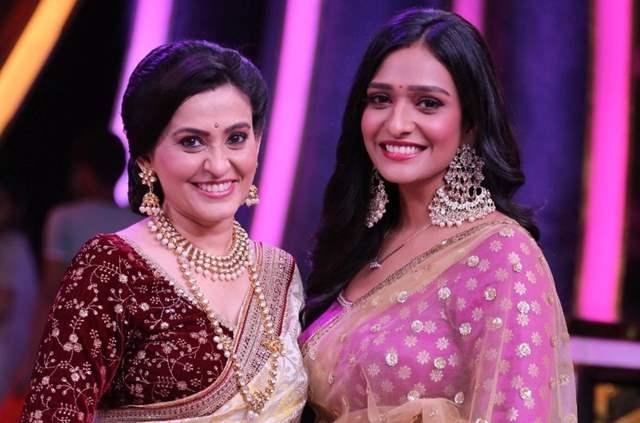 After receiving an overwhelming response to the previous two seasons that introduced audiences to some truly exceptional moms whose dancing skills can give even the younger dancers a run for their money, Zee TV recently launched the 3rd edition of its popular non-fiction show – DID Super Moms.  Airing Saturdays and Sundays, the new season has an exciting panel of judges – Remo D’Souza, Bhagyashree Dassani, and Urmila Matondkar, who will mentor and guide the talented moms through their journey and help them achieve their dancing dreams.

Since its launch, viewers have been having a gala time watching the talented Super Moms put up some wonderful acts week after week. This weekend as well, viewers are in for a special treat as Bhagya Lakshmi’s Aishwarya Khare a.k.a Lakshmi and Smita Bansal a.k.a Neelam Oberoi will be seen appearing as Baaratis for the dream wedding of DID Super Moms contestant Varsha and leave her surprised beyond belief!

While the top 12 Super Moms presented adorable memories of their marriage through their performances during the shoot, it was contestant Varsha’s performance to the song ‘Sabki Baraatein Aayi’ that grabbed everyone’s attention. But that’s not it! After the wonderful performance, Varsha went on to mention how, like any other girl, she also dreamt of a beautiful wedding. However, that dream couldn’t come true because of her family’s financial issues. Hearing this, Bhagyashree and Urmila decided to make her dream come true on the set itself. They quickly sourced wedding attires for Varsha and her husband as well as arranged a full-fledged wedding setup on the stage. What’s more, is that the cast of Bhagya Lakshmi turned up dressed as baaratis for Varsha’s wedding.

The celebrations kickstarted with Varsha making an entry as a beautiful dulhan from one side along with Aishwarya Khare, Smita Bansal, Urmila Matondkar and Bhagyashree Dassani, while her husband along with Remo D’Souza and all the choreographers entered from the other side with band, baaja, and baarat. A lot of dance and gaana followed, but it was the sweet ceremony by the judges and the team of DID Super Moms that made Varsha emotional. It was truly a special moment for the DID Super Moms contestant, whose dream came true on the sets of the show!

While this wonderful gesture will surely win your heart, wait till you watch all the delightful performances by the top 12 contestants of DID Super Moms this weekend.

+ 8
2 months ago aishwarya is so pretty. looks like we have to turn to itv for representation

2 months ago Chalo acha hai that they are appearing in DID.. I thought everyone was appearing in Mika ki shaadi.. lol