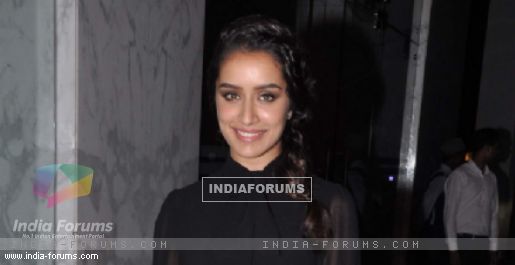 Actress Shraddha Kapoor says the first track - "Bezubaan phir se" - from her forthcoming film "ABCD 2" is special as it brings out the challenges and struggles of a dancer's life with subtlety.

"#BezubaanPhirSe is special to each & every dancer of #ABCD2. Our characters, each 1 has struggles & dreams & a passion to express through dance," Shraddha tweeted on Thursday.

The daughter of actor Shakti Kapoor has delivered some smashing and energetic dance forms for the sequel to Remo D'Souza's 2013 dance-based film "ABCD-AnyBody Can Dance".

It also features actor Varun Dhawan, choreographer-director Prabhudheva and Lauren Gottlieb among others.

In the video of the song, the cast of the film can be seen showing off their dance moves in an electrifying stage performance. "ABCD 2" is slated to release on June 19.