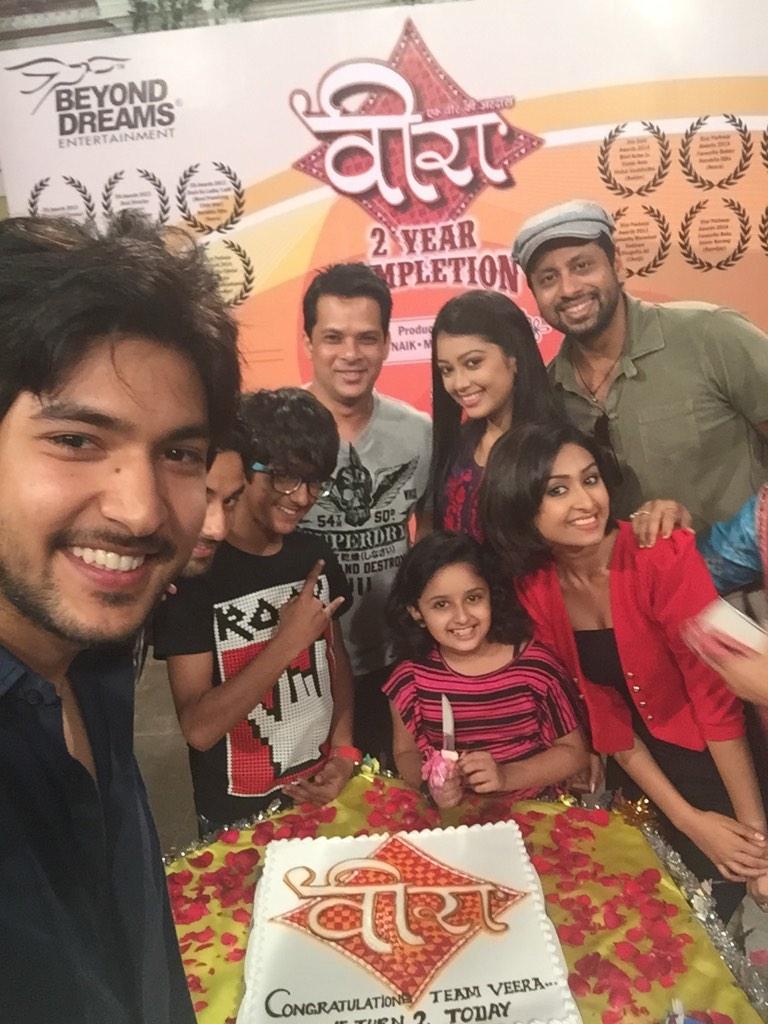 Beyond Dreams Production's popular show Veera on Star Plus is riding high with its success and the actors have won millions of hearts through their outstanding performance in the show. As it is always said that hard work pays off and today because of the team's efforts the show Veera has completed two years successfully and thus they are celebrating their achievement.

The feeling is really great the we completed two years successfully. Actually we entered the show after a year and for us it one year but still we are really elated. When we entered the show we were really tensed and nervous the kids in the show pulled off the characters very well and audience loved them. So when we had to play their grown up role, we are not sure that will audience be able to give love and will be to accept us as they accepted the kids? But everything has fallen in place and the viewers loved us as well. Now we hope that they keep loving us and we complete more successful years. There is a small celebration by cutting a cake on our set organized by our producer Yash Patnaik.

Yes, I am very happy as I completed a year and I am also happy that our show has completed two years successfully. Though our show is based on a brother-sister relationship but still people loved it and appreciated it so well. When the show started the kids in the show, they performed very well and when we entered the show we where quite nervous. But audience accepted us the same way and are loving us. We will be doing a small cake cutting and may be will plan a party.

The producer of the show Yash Patnaik says -

I am really happy and very satisfied as our show Veera completed  two successful years. Our show is not only loved by the audiences but is also appreciated by the critics. Out of all my show Veera is on the top even though it has complete so many episodes. We have won 10 awards and are nominated 30 times which is a great achievement. Our show is based on borther and sister and not on any love story or saas bahu but still it got so much of love and recognition. I am happy that even after two years we have not shifted the focus from our concept like other shows.

TellyBuzz wishes a hearty congratulations to the entire team of Veera!

MaaneetDeewangi 6 years ago Vishal Vashishtha you're the soul of this show!! Love you

...Jammy... 6 years ago Watching the show only for Baldev!
Love you Vishal Vashishtha

indukuri 6 years ago Congrats to Veera Team for successfully completed 2 years. Hope this show runs many more years. Baldev your emotional acting is so good. keep it up. For Veera and Ranvi all the best.

Lady_Bheem 6 years ago RanVeera bond was dead long ago . Watching the show only for Baldev

VishAna 6 years ago Vishal Vashishtha you are the best actor! Baldev and VeeBa's chemistry is the reason people watch this show now! Hope this show runs for many more years to come so we can continue to watch VishAna together! :)

loveispure 6 years ago what a pity.preleap ranveera bond was the main reason & usp for watching the show with gundev as side chrcters.but now baldev is the usp of show & bro- sis bond is main villain.