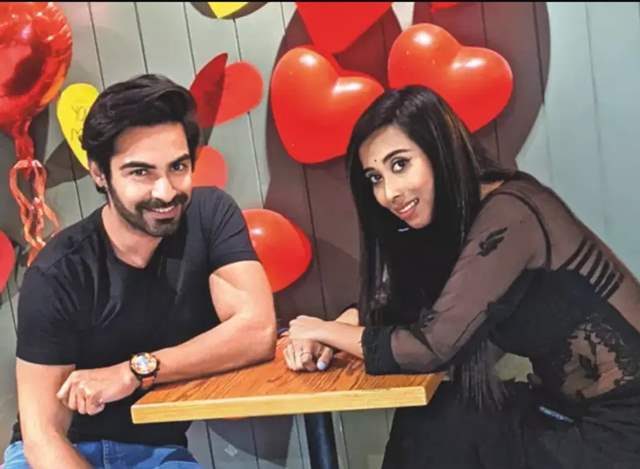 It has been ovr a month and a half now in 2021 and while er don't know if there are any high-profile weddings lined up ahead in the year, we did witness the first one of the year in the form of Varun Dhawan and Natasha Dalal.

These few months are the days of engagements, weddings and all other form of commitments happening and here's another one to report about. Actor Paras Madaan, who is best known for his role in Beyhadh 2 is all set to get engaged next month.

That's right. Madaan will get engaged to Soumita Das, who heads a production house. Talking about it in an interview with Times of India, Madaan said, “We have been dating for some time and wanted to keep it under wraps till we were sure about where we were heading. Now that we are certain about spending our lives together, we don’t mind talking about it in public. I met Soumita in 2018 when I was working in a production house and she was heading it. We became good friends quickly. Soon, we started hanging out together, but figured out that we had feelings for each other only last year. We became even closer during the lockdown and realised what we mean to B other.”

Coming to Das, she is a civil engineer, who has also worked in Bengali TV shows. She even worked in a TV show in Mumbai, but soon realised that her passion lay in production.

He further added, “I always knew that Soumita was the one for me. During the lockdown, I realised many things about her and friendship quickly turned into love. Now, I can surely say that we are two bodies and one soul. The thought that we will soon get married gives us butterflies in the stomach! We’re happy, excited and nervous. I am so glad that she will be my partner for life.”

He concluded saying, “Our roka will take place next month in Siliguri, West Bengal, which is her hometown. Preparations have already started and next week, we will be flying there to check on the venue and other arrangements."