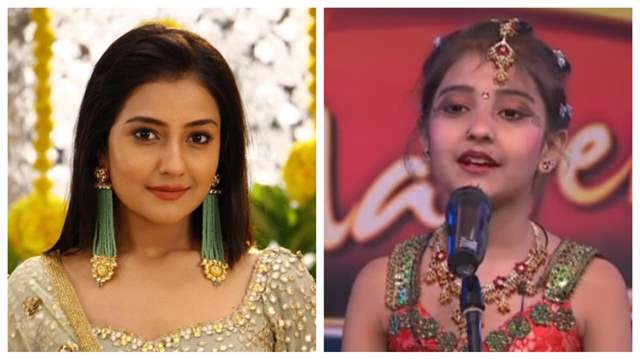 Well, not a lot of people know about actress Akshita Mudgal being a part of Zee TV’s reality show DID Li’l Masters. Akshita participated in the show in 2011 and defined cuteness while she shook a leg on ‘Ringa Ringa’ song. The judges were highly impressed and she got selected in Top 100.

India Forums got in touch with Akshita and asked her about her stint in the show and her entry in the acting world. She said, “I loved acting since my childhood but I wasn’t aware as to how to go about it; I was good at dancing as well and felt that both the art forms are interconnected as even in dancing one needs to emote with their expression. On that thought, I participated in DID Li’l Masters in the year 2011. I was selected among the TOP 100 kids and that was kind of a big achievement for me, considering there were lacs of kids trying out their luck in the competition. After the show, I returned to my hometown and I started getting audition calls and messages, guess because the Zee people had our contact and they found me fit for certain projects. I pushed my parents to pursue acting and try my luck here in Mumbai. I would like to give it up for my parents for the support and belief they had in me and my talent. Later, I shifted my base to Mumbai; my mother and brother accompanied and within a span of few weeks, in Mumbai, I started getting offers and rest is history. So, yes, that’s how a dancer became an actress (smiles)”.

Quite a journey, must say!

+ 4
3 months ago congratulations to her.