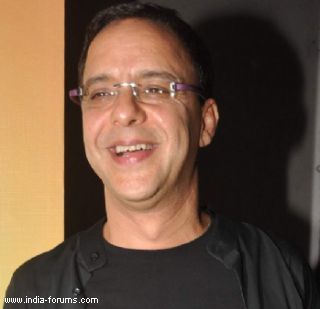 There is no lead actress in "Ferrari Ki Sawaari", but producer Vidhu Vinod Chopra is confident about the film's box office performance and says he believes in telling good stories, and not in lead actors or actresses.

"We don't make movies for leading men, leading women, item numbers. We don't believe in that. We believe in a good story well told," Chopra told reporters Monday here when asked would absence of a female lead affect the film's success.

"When 'Parinda' was released, a Punjab distributor told me that the film would flop because Jackie Shroff doesn't have a heroine, but the movie did well. We make good cinema," he added.

Chopra was talking at the release of the film's first song "Mara re sixer, mare re 4".

First time director Rajesh Mapuskar has wielded the megaphone for the film, which is co-written by Mapuskar and Chopra. The film's star cast includes Sharman Joshi and Boman Irani.

Apart from content, other highlights of the film are that it was at the Lord's Cricket Ground in London, the child artist and of course, Vidya Balan's item song.

"This is the first time that any film has been shot at the Lord's Cricket Ground. They said no to us too. Then we sent our script; they saw our storyboard. Finally, they allowed us to use one room. But when they saw the commitment of the crew, they not only gave us the long room, which is historical, but also gave us the cricket ground, which was unbelievable. It was such an emotional moment for us," said Chopra.

Talking about the child artist, whose name he is keeping under wraps, the filmmaker said: "It is almost impossible to miss the child in the movie."

"The kid is one of the best performers. I told Sharman and Boman that now you have a natural performer. He has not even seen the film. His innocence is being preserved. He has no idea how he has done. We tried almost 10,000 kids and then found him," he said.

Vidya had played female lead in Chopra's super hit film "Lage Raho Munna Bhai" and in this film she would be seen doing her first ever item song. The film is releasing June 15.

"I don't like the word, item number. Item number means, our film is not good, so we got an item girl and that's why you watched it," said Chopra and added that it's a lavani dance.

"The director went to Pune to look for dancers. He messaged me from Pune and recommended Vidya, but I told him to leave it. He told me again to ask her and I sent Vidya a message. She said that she had been dying to do a lavani for 15 years. She rehearsed for 15 days and shot the scene.

"The rest of the dancers are authentic lavani professionals. The scene is a part of a wedding which Sharman attends in the film," said Chopra.