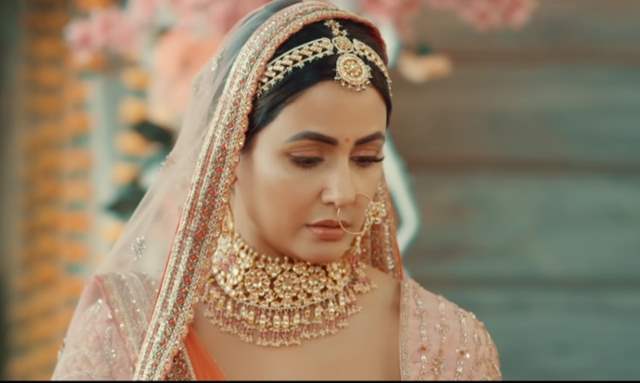 The trend of music videos is definitely picking up and fans also get the chance to continue seeing their favourite actors work on various subjects given the different themes that we see. Hina Khan and Stebin Ben have now released their latest music video titled Bedard and it has been catching up with the fans and how.

Bedard is a song not just about heartbreak and love but also how it can be painful to endure that heartbreak. We see Hina heartbroken when she finds out about another woman and while she set out to chase her dreams in the first place, she is forced to face a lot more hardships than she may have imagined. Nonetheless, Hina's character eventually finds respite, but things are then left on a hanging note when she moves on and her old love returns.

The music video has definitely been shot really well and while it has lyrics that leave a long lasting impact, the music sets the tone of the video just about right. The team has managed to put up a great video without being preachy given the topic that the song deals with.

Both Hina and Stebin have also worked on a couple of videos throughout this time period and while this is their first collaboration, their work earlier has also created an enormous buzz on the internet.