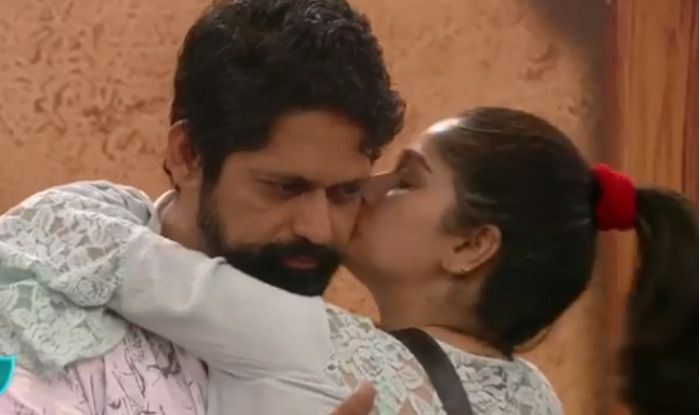 If you were of the same opinion like the audience and some of the contestants that Bigg Boss Season 11 was indeed the most controversial season of the reality show, then think twice. The on-going season of Bigg Boss Marathi seems to be giving the season a good run for their money.

While we all are aware of the brewing romance between contestants Resham Tipnis and Rajesh Shringarpure. In fact, after the latter returned from his stay in the secret room, he openly confessed his feelings for Resham. And if that was not enough, he even went on to address his wife Dimple and asked her to understand his feelings and situation.

Even if we were to say for argument's sake that the duo was faking their love, how can a man proclaim his feeling for another woman despite having a wife and two daughters at home.

While Dimple refused to comment on the situation, Mahesh Manjrekar was quoted as saying that he would start monitoring the activities in the house strictly.

And now, as per reports, a student, Rishikesh Deshmukh from Nashik has lodged a complaint against both Rajesh and Resham, the channel Colors, Viacom 18 and Endemol, over the two contestants' cosy and vulgar behaviour crossing the line.

The complaint also mentioned how Rajesh and Resham share the same bed, hug and kiss each other on the national television. Citing vulgar' shots on Bigg Boss Marathi, the complainant has strictly demanded to bar Rajesh, Resham, channel Colors, Viacom 18 and Endemol under sections 292, 293 and 294.

Woah! How will Mahesh Manjrekar handle this situation now?