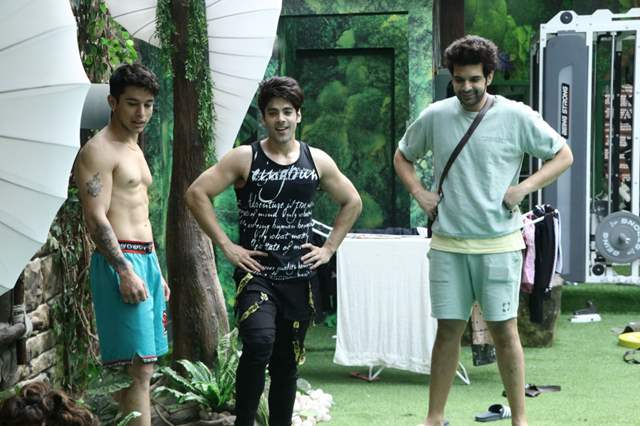 Bigg Boss 15 Weekend Ka Vaar is about to witness some major drama flow and among other events that will take place, we will also see the wild card contestants Rashami Desai, Devoleena Bhattacharjee and Abhijeet make an entry into the house. Rather unexpected, it will be fun to see what rolls out.

However, as we have already seen in the promo, the weekend will also witness the BB Ki Adalat and it is going to see Salman Khan highlight a bunch of new aspects too. Shamita Shetty will also return to the house and she would be among the first few people to take to address issues during the task about the same.

As every week, here's our list of issues we think we'll see Salman talk about in the WKV.

For the longest time now, many have been hoping for the host to address this duo and it looks like this might be the week that it happens after all. The two's equation seems to have hugely affected their games and it is only time that the actor talks about it once and for all.

Jay's game was rightly defined by Simba Nagpal as one that continues to look rather different with every passing week. And well, that's what the case seems to be after all. Therefore, this could also be another weekend where Salman talks him through about it and maybe that helps him better his game in certain ways.

For different reasons, Bigg Boss 15 too, has kept Neha Bhasin and Praitk Sehajpal in the news constantly and their equation seems to have suffered a different kind of blow. In fact, the former also got a little violent and that grabbed quite a lot of attention too.

The way tasks are performed

One of the biggest concerns this season is after all the way they have all been performing tasks and their goal clearly doesn't seem to be one to win, but one where they wish to strike other people off the list of possible winners. The task for VIP members v/s the rest was another clear example of the same!