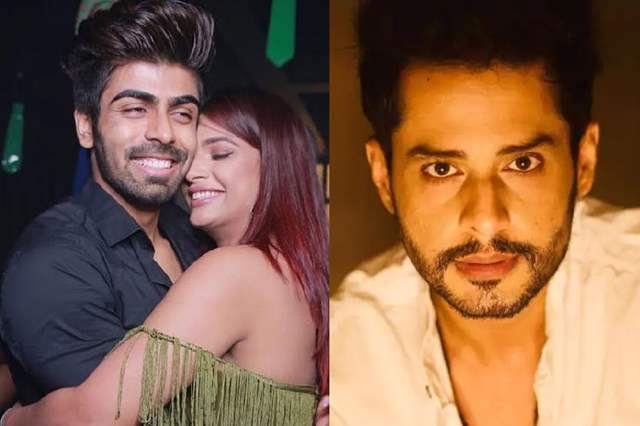 Bigg Boss 14 has indeed been a roller-coaster to say the least and it indeed had a lot of things happening - especially as of late. From a double elimination recently to actor Aly Goni's entry and other things, things do continue to pile on everyday.

A talking point recently has been about Pandit has been getting some attention and love mainly owing to his honesty about having immense financial issues. He has been constant about how he doesn't want to leave the house either more so because he wants to earn enough and that can only happen by staying in the house. However this seem to have irked Akash Choudhary, who is Naina Singh's best friend. In a recent interview with SpotboyE, Choudhary first talked about being worried for her owing to Eijaz Khan. He said, "Naina and I have grown up seeing Eijaz Khan. He is a commendable actor and we really respect him but now I feel that Eijaz is trying to show that angry young man, I stand for fair and all image. The whole brawl between Naina and Eijaz around that cigarette packet was unfair. On national television the statement of Eijaz saying that I wanted to show the world that this girl can keep the whole house in hunger just for cigarettes, it's kind of demeaning as you are trying to compare somebody's character through their habits which is wrong. Naina is half the age of Eijaz, so I think he should not trigger her unnecessarily. Then Eijaz says about Naina that she is already a winner of the show and doesn't need this. Also, she wears expensive makeup and clothes are just not right."

About Pandit, he said, "I know Shardul also as we are friends. It's true his condition was bad, so was Naina's but she is never gonna say all that. Because it's not the right thing to use as a topic on national television. Har koi show mein kuch kamane ke liye aaya hai to ye bolna mujhe galat laga Eijaz ka aur us wajah se audience ab vote de rahi hai Shardul ko as they feel he needs work. Whereas Naina is a strong headed girl, she will never cash in her financial issues or struggles to get sympathy votes."

He added about being worried for her all the more because the ones nominated with her are strong contestants. He said, "I am really worried about her nomination this time especially because the other two contestants who are in danger zone with her is Rahul, who is a strong contender and outside also his fan following is increasing. And another one is Shardul who now has the sympathy and emotional support of the audience. Not just me but all our friends are just praying that she stays back and gets the chance to show her real side. She is perfect material for Bigg Boss which needs to be seen."

He concluded saying,  "The people who are already there inside the house from day one know how to pick the agenda's for which I feel Naina is new. She is someone who will not do unnecessary drama but she has to for the show. I am not saying to fake anything but she has to voice out on others matters as well. The housemates have sidelined her but she has to get back."