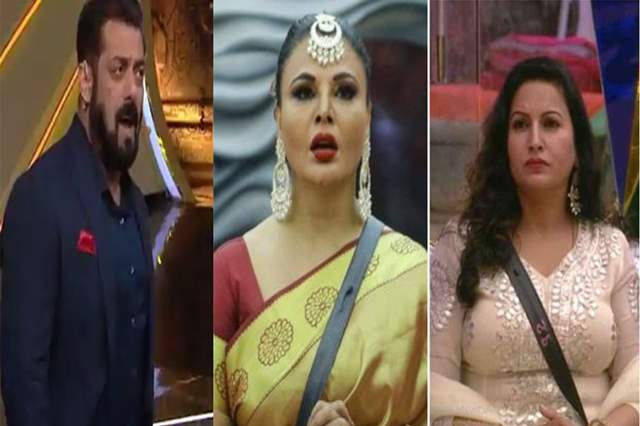 While Bigg Boss 14 has been all about major developments lately, everybody has somehow gotten over Jasmin Bhasin's shocking eviction with other things happening now.

But if there is one thing that nobody gets over - its the bashing other contestants get on Weekend Ka Vaar and how they even use it in their arguments.

We all know how Salman Khan has been bashing Rubina Dilaik almost every week for multiple things while Rakhi Sawant has been getting plaudits. But this week, the number is finally up for Sawant as Khan will bash Sawant for her words and even bash Sonali Phogat.

The host will first bash Sawant for making the comment 'mere paas 2 bagh 2 bangle hai' where she was insinuating on the female body parts. This happened during one of her interactions with Aly Goni.

Further, Khan will bash Phogat for calling Dilaik 'haramzaadi' which is a rather derogatory word in Hindi language.