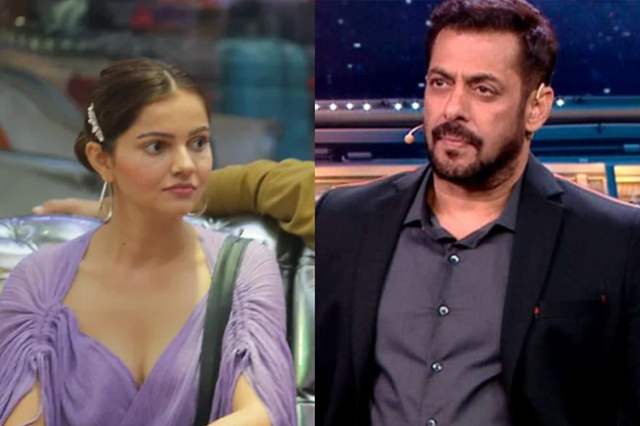 Bigg Boss 14 might have witnessed some shocker moments in the past few days but the biggest one undoubtedly came in when Vikas Gupta was ousted from the house owing to pushing Arshi Khan into the pool of the house. While it was expected it still was shocking. Since then, the return of Rahul Vaidya, the fights between Kashmera Shah-Nikki Tamboli and Arshi Khan and Rakhi Sawant's mix-reviewed antics continue to be the talk of the town.

Today is the usually-awaited Weekend Ka Vaar episode and indeed a lot is riding on it where an even more unexpected thing is set to happen.

We all know that Aly Goni was elected the new captain of the house owing to winning the task but Salman Khan staying true to the Bigg boss 14 tagline - scene paltega will throw in a shocker. Khan will remove Goni as the captain on the weekend episode owing to apparently breaking some rules and go on to elect Rubina Dilaik as the new captain. This, however, isn't out of favoritism or preference towards Dilaik where in fact, Dilaik has been constant that she doesn't want captaincy and instead wants Abhinav Shukla to be immune.

Obviously, the latter wasn't easily gonna happen and hence Dilaik is now the captain of the house.'

How will Dilaik's sudden captaincy election be received by the housemates, we will have to wait and see.