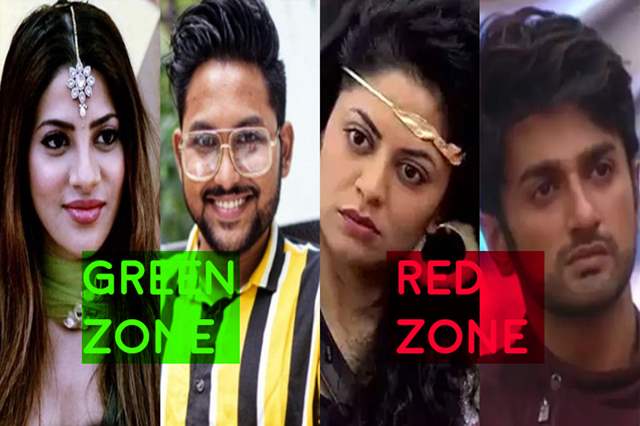 Bigg Boss 14 saw another day go by and while there was a range of things to look forward to, if there is one thing that took the main stage over everything else - than that is the Eijaz Khan and Kavita Kaushik saga. While the fight promos were already seen so far, the actual fight was a lot longer and on-going.

We also know that Khan will be seen getting emotional owing to Kaushik's comments which will be telecast tomorrow.

The biggest thing that happened as of yet is how Nikki Tamboli has been transferred to the green zone and Kaushik is in the red zone now. Tomorrow, the transfers will continue and the ones that are at loggerheads are Jasmin Bhasin-Rahul Vaidya, Rubina Dilaik-Pavitra Punia and Jaan Sanu-Nishant Malkhani. The precap suggested that Malkhani is also transferred to the red zone which means Sanu is in the green zone, while for others we will have to wait and see.

ananya2000 29 days ago Nishant should not red zone..Nishant is Gentleman,true player..and a real pearson.. Love NISHANT..

Krilovad 29 days ago Love u Nishant Malkani you are strong . he did well all tasks . nishant not be Red zone. BB just irritating show Nishant is not fit for BB.love u Nishant .

br200910 29 days ago Nishant Malkani he did well in the Tasks so not be in red zone.. BB not for gentle man place n Nishant is a very gentle man.. always support Nishant.