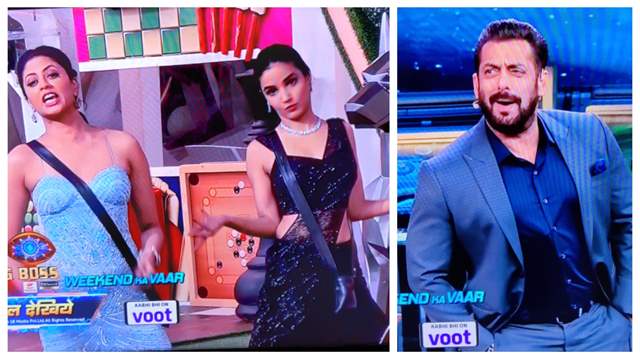 Bigg Boss 14 witnessed a relatively good Weekend Ka Vaar episode which concluded only a while ago and there was a mixture of emotions including crying, fight and the usual Salman Khan schooling.

But it was the ending moments that gave in maximum moments with Ekta Kapoor coming in and giving a task to the contestants. Tomorrow will be a fresh day and episode where the fun and games continue.

We already know how Kapoor will give the imitation task and has the immunity stone to give away to a contestant; other fun also awaits. In one of the tasks, Jasmin Bhasin will win Salman Khan over with her mocking Kavita Kaushik.

Kaushik will be explaining something to Khan and Kapoor while Bhasin will be mocking her silently. Everybody including Khan will be in splits with that.

And of course, tomorrow will also see an elimination coming in.