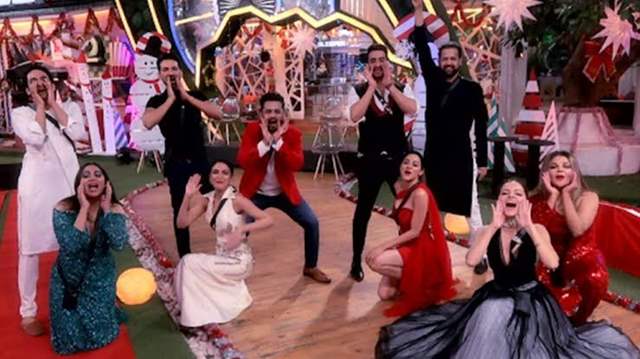 One would have imagined that owing to it being Salman Khan's birthday weekend, there would barely be any shocker moments coming in and it will only be about celebration majorly.

However, the clash between Rahul Vaidya and Salman Khan was another reminder how it isn't and there's always fireworks awaiting. That will be also be the case tomorrow during nominations and one would ideally expect that.

In another one of the twists, Bigg Boss will ask all the contestants to not nominate but take two names who they want to save from being nominated. In all the names taken by respective contestants, there won't be much surprises.

Nikki Tamboli will save Rubina and Rahul Vaidya, while Vaidya will save Nikki and Aly. And finally, Arshi Khan will save Aly and Eijaz, Eijaz himself will save Aly & Sonali Phogat.

However, all this seems to be in vain of sports indeed as in the end, Bigg Boss will announce that all the contestants are nominated for this week. That's right. This will be served as a punishment for the housemates as apparently, Tamboli and Goni will be discussing nominations and thus breaking an important rule.

With everyone nominated, literally and obviously anyone can go.