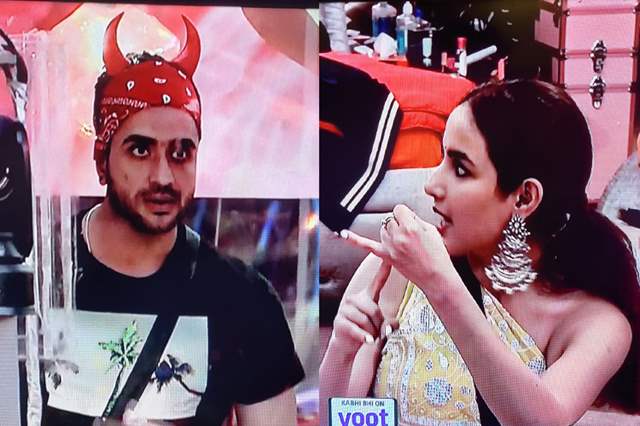 A rather eventful day of Bigg Boss 14 passed by and it indeed was eventful to say the least. While it started with the continuation of captaincy task, later won by Jasmin Bhasin, it ended on a sweet note with the Karwa Chauth celebrations involving Abhinav Shukla and Rubina Dilaik.

Tomorrow will have another eventful day coming in where the task of angels and shaitaan (demons) will be introduced. A section of the housemates will be angels and another section will be demons.

Even though the demons will be asked to have the angels do anything, Eijaz Khan will be seen pushing the bar indeed. Khan will ask Jaan Sanu to put his hand down the commode of the toilet and even threaten him to lick it if the splashes of that water hit Khan. Apart from others will start accusing Jasmin Bhasin, the sanchalak of the task of being biased, especially Khan.

But the moment will actually arrive when Aly Goni, who is still under quarantine will lose his cool over Bhasin. He will lose his cool and get angry on Bhasin accusing her of ignoring him even though he has constantly been trying to call her and talk to her. He will even be seen banging the glass door that separates him and the other housemates.

Bigg Boss 14 synopsis: Aly, Kavita, Jasmin and Eijaz battle it out to ...